Now the financial condition of Interpipe is stable and stable, said Denis Morozov, Director for Economics and Finance of Interpipe. 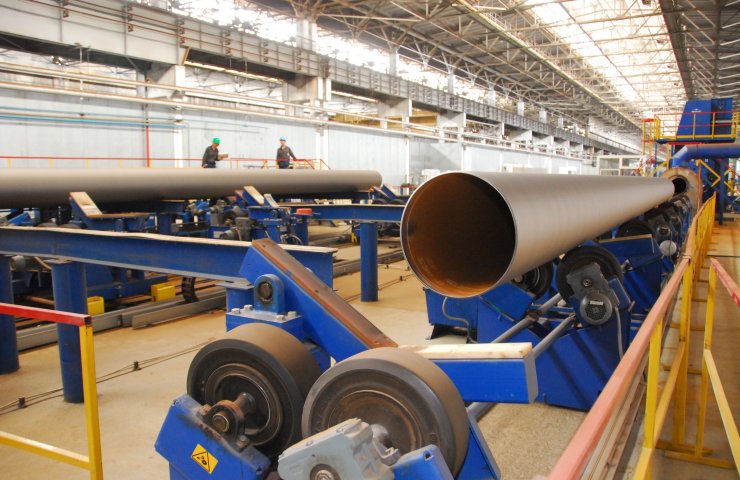 In October 2019, Interpipe announced the restructuring of its debt, which was formalized into a new issue of Eurobonds-2024 and bank loans totaling $ 400 million.

- The company has successfully completed this difficult stage by early repayment of debt totaling $ 400 million. After the restructuring, the company used all available funds to pay off its debt to creditors. Now the financial condition of Interpipe is stable and stable, this allows us to start a new page and focus on the implementation of the company's development strategy.

Interpipe is a Ukrainian industrial company, manufacturer of seamless pipes and railway wheels. The company's products are supplied to more than 80 countries of the world through a network of sales offices located in key markets of the CIS, the Middle East, North America and Europe. In 2020, Interpipe sold 662 thousand tons of finished products, including 192 thousand tons of railway products. Railway products are sold under the KLW brand.

Interpipe employs 11 thousand people. In 2019, the Company transferred UAH 3.25 billion to the budgets of all levels.

Recommended:
Renault in 2020 has a record loss of 8 billion euros
Europe invests about $ 150 billion in hydrogen projects - report
The United States began negotiations with Germany to lift sanctions from Nord Stream 2
On this topic
Interpipe reduced sales of pipe and railway products in 2020
Metinvest extended maturity of bonds
World steel production up 0.6% in August - WorldSteel
Interpipe repaid part of the bonds in the amount of 98.5 million dollars
Interpipe has improved its financial results due to growth in demand for railway products
Interpipe reported on successful restructuring of Eurobonds and other debts
Add a comment
Сomments (0)
News Analytics
В охваченной войной Сирии открылись курсы роботостроения для девочек27-02-2021, 11:13
Fitch подтвердило рейтинг Украины на уровне "B" со стабильным прогнозом27-02-2021, 11:10
Georgia's economy shrinks by 11.5% in January26-02-2021, 21:21
Ukraine retained its position in the world ranking of steel producers and rose26-02-2021, 15:52
ArcelorMittal has raised prices for galvanizing for the European market to 90026-02-2021, 13:23
Increase in prices is forecasted in the markets of steel raw materials -26-02-2021, 09:25
Troy ounce of gold will drop $ 500 in two years - Fitch25-02-2021, 18:29
Global iron ore production growth to outstrip cumulative production in India23-02-2021, 10:22
Fitch Ratings Warns of “Shocking Impact” on Fossil Fuel Exporters18-02-2021, 14:44
Raw material prices rise by about 10.5% in January 2021 - Deutsche Industriebank12-02-2021, 10:48
Sign in with: