The world's leading manufacturers are switching to scrap metal, the collection of which has not increased recently, which ensures a long-term trend of rising prices for steel raw materials, according to the plant's sales department. 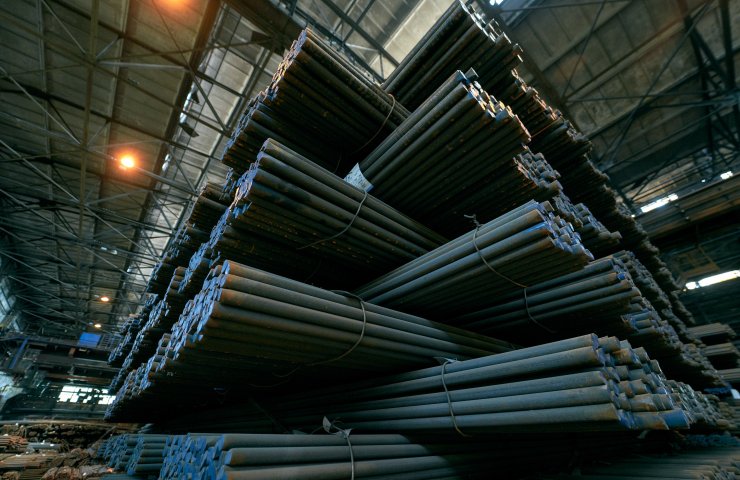 The rise in prices for metal products in recent months is quite justified and will continue, says Evgeny Chumachenko, Director of the Sales Department of ArcelorMittal Kryvyi Rih.

According to Chumachenko, Biden's victory in the United States adds support to the rise in steel prices on the world market. everyone is counting on a softening of protectionism in America.

"If the United States cuts the 25% duty by at least 2 times, then prices may immediately rise by $ 60-70 additionally," the director of the department predicts.

In addition, Chumachenko says, the governments of many large states have printed a lot of money to support their economies. This money is invested in infrastructure projects, which in turn ensures a fairly large consumption of rolled metal.

"ArcelorMittal Kryvyi Rih", which was strong last year pushed aside in the Middle East, sees prerequisites for a recovery in global steel demand and expects sales to increase in new markets, including Australia, South America and Southeast Asia.

Recently, the company is faced with the fact that most states are strengthening protectionist measures against the import of Ukrainian rebar and wire rod. In November 2020, ArcelorMittal Kryvyi Rih stated that they lost Egypt and some countries of the Persian Gulf as a sales market.

Recommended:
Ukroboronprom signs contract with Pakistan to repair tanks worth 85.6 million dollars
Poland supports introduction of carbon tax at EU borders
Zaporozhye Titanium and Magnesium Combine Demonstrated First Results of Financial Recovery Program
On this topic
Pandemic forced ArcelorMittal Kryvyi Rih to reorient trade flows
US to impose sanctions against Nord Stream 2 by the end of the year
European Union scrap collectors worried about possible export restrictions
ArcelorMittal Kryvyi Rih provided almost half of the demand for rolled metal for the construction
How the reform of the electricity market in Ukraine can lead to a collapse and what to do about it
"ArcelorMittal Kryvyi Rih" supplies metal products for the construction of a bridge across the
Add a comment
Сomments (0)
News Analytics
Ministry of Commerce: China intends to strengthen trade and economic ties with24-02-2021, 18:49
Vostochny GOK in 2020 increased the production of uranium concentrate by 7%24-02-2021, 18:58
For the first time in Ukraine, recirculators and irradiators for air24-02-2021, 18:37
Novokramatorsk Machine-Building Plant keeps sales and production at the level24-02-2021, 17:53
The English court rejected the claims of the Russian "Tatneft" against24-02-2021, 17:42
Global iron ore production growth to outstrip cumulative production in India23-02-2021, 10:22
Fitch Ratings Warns of “Shocking Impact” on Fossil Fuel Exporters18-02-2021, 14:44
Raw material prices rise by about 10.5% in January 2021 - Deutsche Industriebank12-02-2021, 10:48
JP Morgan Analysts Announce New Super Growth Cycle in Commodities11-02-2021, 17:56
S&P Global Platts predicts first drop in domestic steel demand in China in 510-02-2021, 12:26
Sign in with: