State coal mining enterprises are able to provide TPPs of PJSC "Centerenergo" with only one third of the demand, therefore the situation with coal for TPPs requires government intervention. 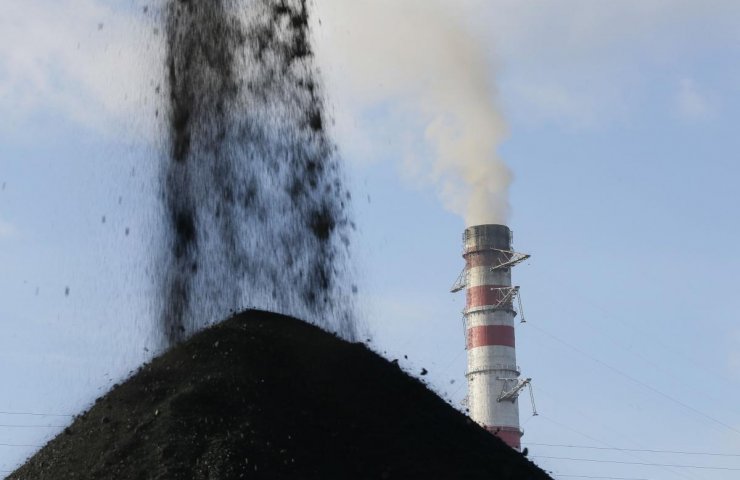 State coal mining enterprises of Ukraine are able to meet the needs of thermal power plants (TPP) of PJSC "Centrenergo" only one third of the need. This is stated in a press release of PJSC "Centerenergo", which stated that the situation requires immediate government intervention.

In particular, in November-December, deliveries of coal from state mines, previously guaranteed by the Ministry of Energy of Ukraine, amounted to less than 30%. While the production of state thermal generation during this period amounted to a third of all thermal generation in Ukraine and exceeded the forecast balance of the Ministry of Energy by 30-50%. In a situation of acute shortage of coal, which developed under the aforementioned circumstances, private suppliers raised the price of coal from UAH 1,650 to UAH 1980 per ton.

According to Centrenergo, the economy and practice prove the need to import coal, given the shortage of domestic production despite a lot of political speculation.

“Thermal power engineering is in a difficult state - because of the crisis in the coal industry, and because of imperfect market rules, and through the incomparability of the market price of electricity with its cost,” the company noted.

Centerenergo stated that there is no program of reorganization of the state coal industry in Ukraine, and the creation of a vertically integrated company by merging with state coal mining enterprises is being carried out only in words.

“It is only conditionally possible to draw conclusions about the real potential of production and profitability, based on any analyzes and audits. A clear answer can only be given by properly developed and approved feasibility studies for further operation, and mine reconstruction projects to bring them to a breakeven level of coal production, "Centrenergo noted.

“All these enterprises were unable to meet the needs of PJSC“ Centerenergo ”with marketable coal products of the gas group in the amount of 4.2 million tons, which corresponds to the forecast balance of the Ministry of Energy, therefore the issue of reforming the coal industry remains extremely urgent - to prevent a recurrence of the crisis in the season ", - summed up in" Centrenergo ".

Recommended:
Iran overtakes India in sponge iron production to become world leader in DRI production
This year Ukraine will start building a European-format railway on the Kiev-Lviv section
Ukrzaliznytsia plans to renovate more than 500 level crossings in 2021
On this topic
Situation with coal reserves at Ukrainian power plants remains critical - Ukrenergo
DTEK Energo shipped 50 cars of coal from the mines of Dobropolyeugol on thermal power plant
Ministry of energy of Ukraine announced the resumption of the work of state-owned mines
Donbasenergo alleges blackmail on the part of Donetskoblgaz and the possible collapse of the
How the reform of the electricity market in Ukraine can lead to a collapse and what to do about it
Heating season in Ukraine: where there can be problems with heat and why
Add a comment
Сomments (0)
News Analytics
Ferrexpo в январе нарастила выпуск окатышей на 7%03-03-2021, 20:15
UK Raises Tax Rates for Large Businesses to 25%03-03-2021, 18:09
Entrepreneurs agree with Ukrzaliznytsya an action plan to continue modernization03-03-2021, 17:31
Scrap metal collection in Ukraine increased by one and a half times due to high03-03-2021, 16:02
ArcelorMittal Kryvyi Rih will pay additional remuneration to its workers03-03-2021, 16:45
Spread between raw materials and high strength alloy steel in Europe increased01-03-2021, 20:21
Increase in prices is forecasted in the markets of steel raw materials -26-02-2021, 09:25
Troy ounce of gold will drop $ 500 in two years - Fitch25-02-2021, 18:29
Global iron ore production growth to outstrip cumulative production in India23-02-2021, 10:22
Fitch Ratings Warns of “Shocking Impact” on Fossil Fuel Exporters18-02-2021, 14:44
Sign in with: