The European Union has announced its readiness to open the market for more than $ 2.8 billion for American industrial imports and expects the United States to take steps towards mutual trade. 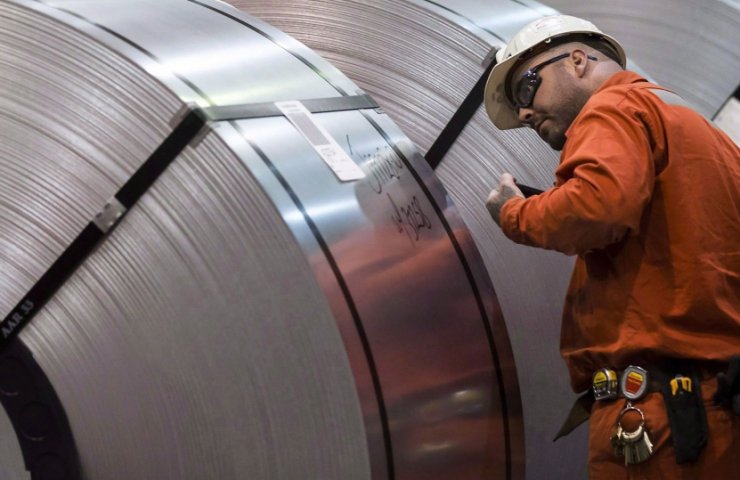 It is profitable for Ukrainian metallurgists that the US and the EU abolish mutual duties on steel. This was stated by MP Sergei Magera, reports Ministry of Industry .

S. Magera recalled that in 2018, guided by section 232 of the Law on Expanding Foreign Trade, the 45th President of the United States, Donald Trump, signed a decision to introduce import duties on steel. This was done at the request of American steel companies to protect the domestic market.

Experts believe that this decision has done more harm than good to the United States economy. Only metallurgists were the winners, but other industries, especially metal-consuming ones, lost because of the increased prices. In addition, the Trump Administration's decision set off a chain reaction of protectionism. After the US, the EU and other regions have taken similar measures.

Import duties on steel have led to a significant increase in prices for it in the United States. Local industrialists started having problems with a shortage of raw materials and supplies. The problem of steel shortages became especially acute after the United States authorities launched a large-scale program of assistance to businesses affected by quarantine restrictions.

Industrialists have received concessional financing and good orders, but they simply do not have enough raw materials to meet the growing demand. If the problem is not resolved in the foreseeable future, then a new round of crisis associated with a shortage of steel may arise in the American industrial sector.

The Coalition of American Metal Producers and Consumers (CAMMU) and the American Metal Supply Chain Institute (AMSCI) have called on US President Joe Biden to lift import duties on steel. Business representatives believe that this will reduce costs and increase employment in the industrial sector.

“The Biden administration faces a difficult task: how to protect the interests of metallurgists and at the same time solve the problem of the shortage of steel for the American industry? The way out could be the end of the "cold" trade war with the EU through the mutual cancellation of duties. As a kind gesture, the European Union announced its readiness to open the market for more than $ 2.8 billion for American industrial imports. Now the USA has a say, ”Magera notes.

Recommended:
The transit of ammonia from Russia through Ukraine works smoothly despite the weather conditions
Three employees of the ArcelorMittal plant in South Africa covered up with a collapsed 90-meter chimney
The imposition of sanctions against Chinese investors in Motor Sich came as a surprise to Yaroslavsky
On this topic
Yuzhmash told whether it is possible to launch reusable rockets from the Black Sea
How the reform of the electricity market in Ukraine can lead to a collapse and what to do about it
The crisis in the steel industry may lead to power crisis - MP
Stopped nuclear power plants and mines. What's going on in the energy sector of Ukraine?
Zelensky raised the issue of the abolition of the 25% duty on steel during negotiations with Pompeo
MP Taruta said that Ukraine is in serious economic recession
Add a comment
Сomments (0)
News Analytics
European officials urge World Bank to stop fossil fuel investment27-02-2021, 13:00
China's machinery industry demonstrates robust growth27-02-2021, 13:15
Higher Yields on US Bond Leads to Sharp Drop in Cryptocurrency Price27-02-2021, 12:32
In war-torn Syria, robotics courses for girls open27-02-2021, 11:13
Fitch Affirms Ukraine's Rating At "B " With Stable Outlook27-02-2021, 11:10
Increase in prices is forecasted in the markets of steel raw materials -26-02-2021, 09:25
Troy ounce of gold will drop $ 500 in two years - Fitch25-02-2021, 18:29
Global iron ore production growth to outstrip cumulative production in India23-02-2021, 10:22
Fitch Ratings Warns of “Shocking Impact” on Fossil Fuel Exporters18-02-2021, 14:44
Raw material prices rise by about 10.5% in January 2021 - Deutsche Industriebank12-02-2021, 10:48
Sign in with: