Renault in 2020 has a record loss of 8 billion euros

In the first half of last year, the automaker had more complex problems related to the coronavirus pandemic, and this year it warns of new lockdowns and problems with chip supply. 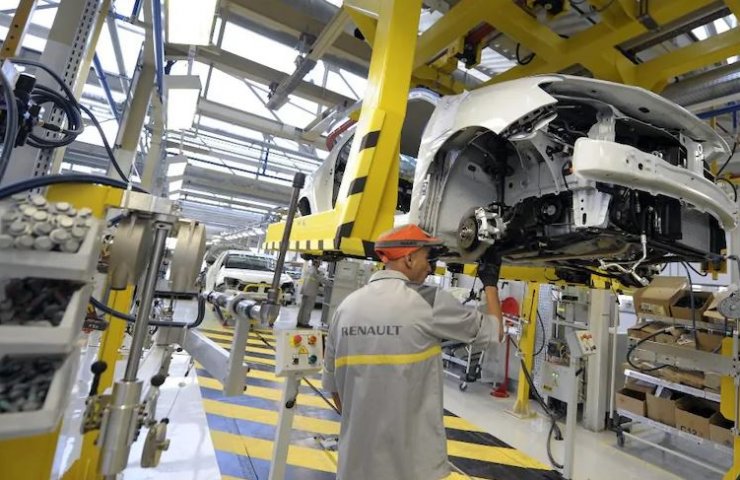 Automobile company Renault suffered a record € 8 billion in net loss last year amid the pandemic's devastating impact on European demand. The automaker's net loss was worse than analysts' forecasted 7.8 billion euros, with most of the losses in the first half of the year.

In the second half of the year, operating margin was 3.5%, and Renault showed positive free cash flow from operations in the automotive industry.

For the year, the group's revenue fell by 22% to 43.5 billion euros, slightly below estimates.

The company estimates that a global microchip shortage could cut its production by 100,000 vehicles this year.

Renault's new boss previously said it would cut production capacity by a quarter, boost cost cuts from € 2 billion to € 3 billion by 2025, including 15,000 job cuts.

In the middle of last year, the French authorities agreed to provide financial support to Renault, affected by the coronavirus pandemic. In return, the concern must fulfill a number of conditions, in particular, produce more electric cars and participate in the German-French project for the development and production of batteries.

Recall that Renault cars are the most sold cars on the Ukrainian market. At the end of 2020, 14,360 cars of this brand were sold here. Renault Duster became the most popular model of this French brand among Ukrainians - 5,534 registrations in twelve months.

Recommended:
Production of metal products in Donetsk region in March decreased by 5.5%
Vostochny Ore Mining and Processing Plant reduced production of uranium concentrate by 45%
Energomashspetsstal shareholders decided to reduce production of steel and forgings in 2021
On this topic
Dneprotyazhmash in 2020 expects a fall in sales of mining and metallurgical products by
Yuzhmash told whether it is possible to launch reusable rockets from the Black Sea
How the reform of the electricity market in Ukraine can lead to a collapse and what to do about it
INTERPIPE has improved its financial results for the 12 months 2019
Prospects for the development of the economy and steel market in the EU in 2019-2020
Is the German auto industry preparing for a collapse?
Add a comment
Сomments (0)
News Analytics
China's Non-Ferrous Metals Sector Records High First Quarter Profits08-05-2021, 15:43
Copper price rises to a record high08-05-2021, 10:17
Dneprotyazhmash manufactures technological equipment for DMK07-05-2021, 10:07
The National Bank of Ukraine will sell 46 tons of scrap metal from obsolete07-05-2021, 10:10
Dnieper Metallurgical Plant DCH Steel in April reduced steel production by 2.8%07-05-2021, 09:18
The current state of the market is ideal for the sale of rolled steel - IREPAS04-05-2021, 18:41
Global hydrogen demand to grow 7-fold by 2070 - PwC21-04-2021, 12:31
World Steel Association predicts a good year for metallurgists15-04-2021, 18:19
World Steel Association defines green steel and its variations12-04-2021, 13:14
China unlikely to cut steel capacity in 2021 due to high steel prices07-04-2021, 12:11
Sign in with: