Ice Apocalypse In Texas Spurs Up Gas Prices In Europe

Days of glacial weather claimed the lives of at least 38 people across the country, made roads impassable, disrupted vaccine distribution and covered almost three-quarters of the continental United States with snow. 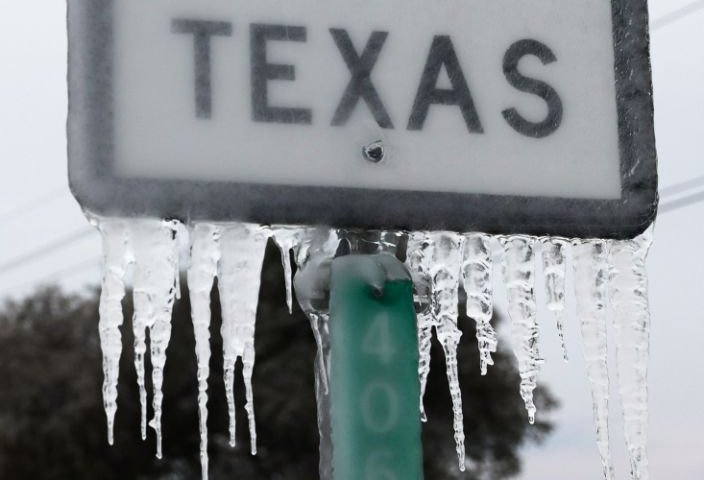 The icy apocalypse in Texas and the temporary ban on the export of gas (and hence LNG) out of the state are pushing up spot gas prices in Europe in spite of a powerful thaw.

On Thursday, February 18th, at the Dutch TTF hub, which affects prices around the world, the price of gas for delivery on Friday rose to $ 213 per thousand cubic meters from a monthly low of $ 207 (for delivery on Tuesday).

Europe was covered by a strong thaw - exactly one week after the strongest frost during the winter. Already on Saturday, February 20, the air temperature in most of Western Europe will exceed 10 degrees Celsius, and at the beginning of next week it will rush to storm the 20-degree mark. However, the price of gas, although it has decreased in relation to the recent peaks, is receiving quite strong support and even reinforcement by news from the United States. Due to severe frosts, the Texas authorities have limited the export of gas outside the state. Low temperatures lead to power outages and oil production suffers.

Meanwhile, the level of stocks in underground storage facilities in Europe went below 40% - on Thursday morning it was 39.82%. This is 6 percentage points below the average over the past five years and only 7 points above the 2017 level - the lowest level in history.

The energy crisis sparked by the extensive winter storm that currently nightmares Texas has already turned into a water crisis, with millions of homes and businesses dealing with burst pipes or forced to boil snow for drinking as utilities suffer from frozen wells. and sewage treatment plants are forced to operate on a backup power supply.

Recommended:
Metinvest concentrates 100% of shares in Severny GOK
Chip shortage plunges Japanese car production by 10%
Rinat Akhmetov's energy holding began construction of the first stage of the Tiligul wind farm
On this topic
Azerbaijan announced the start of commercial gas supplies to Europe
Gas prices in Europe fell to historic lows
"Naftogaz of Ukraine" in February reduced the price of gas for industry by 15%
Gas prices in Europe from the beginning of the week decreased by 10%
Gas prices in the European Union in January can grow two times – the head of "Naftogaz"
Gas prices in the EU increased by 15-30% due to the reduction of supply
Add a comment
Сomments (0)
News Analytics
US Senate Adopts $ 1.9 Trillion Stimulus Package06-03-2021, 23:54
Tibet invests about $ 30 billion in infrastructure projects in 5 years06-03-2021, 14:39
Siemens Energy promised Deutsche Welle to closely monitor democracy in Belarus06-03-2021, 10:32
US and EU suspend the collection of duties that were imposed against each other05-03-2021, 22:48
Turboatom and Electrotyazhmash discussed prospects for cooperation under05-03-2021, 19:04
Spread between raw materials and high strength alloy steel in Europe increased01-03-2021, 20:21
Increase in prices is forecasted in the markets of steel raw materials -26-02-2021, 09:25
Troy ounce of gold will drop $ 500 in two years - Fitch25-02-2021, 18:29
Global iron ore production growth to outstrip cumulative production in India23-02-2021, 10:22
Fitch Ratings Warns of “Shocking Impact” on Fossil Fuel Exporters18-02-2021, 14:44
Sign in with: