Forbes has updated the rating of dollar billionaires of Ukraine, which includes the co-owner of Rinat Akhmetov in the Dutch mining and metallurgical holding Metinvest B.V. 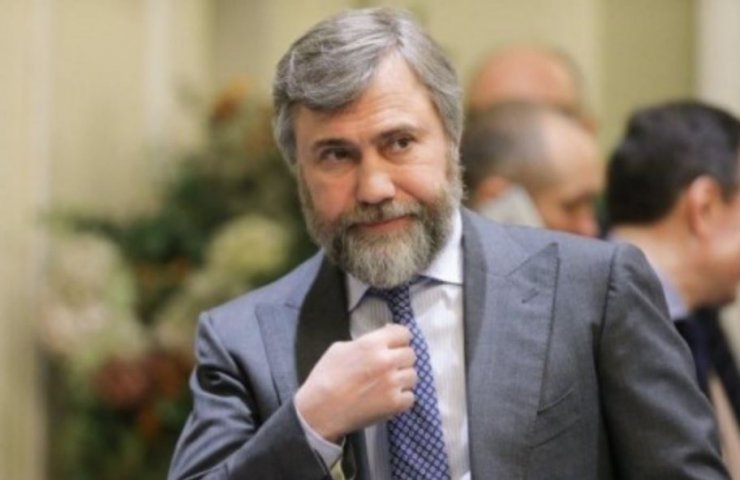 Vadim Novinsky's fortune in Forbes estimated at $ 1.4 billion. In June 2020, Forbes Ukraine estimated it at $ 810 million. The main asset of the new member of the Ukrainian list of dollar billionaires was a stake in the Dutch mining and metallurgical holding Metinvest B.V. (Metinvest), which, according to Forbes, is worth $ 1.1 billion today.

The rise in steel prices helped many Ukrainian billionaires - over the year it added about $ 300 in price and reached $ 700 per ton, the magazine notes.

Thanks to the growth in the value of Metinvest's assets, the wealth of the richest man in Ukraine, Rinat Akhmetov, has grown to $ 7.6 billion. He is also ranked 330th in Forbes' list of the richest people in the world.

The fortunes of most Ukrainian billionaires have grown significantly during the coronavirus pandemic. And it's not just the performance of their business. Last spring, investors were not yet ready for a pandemic, the world's leading stock indexes dropped significantly, and oil sometimes cost less than zero. In March 2021, oil hits annualized levels, while indices hit historic highs.

Recommended:
Manufacturers will begin to create their own car parks so as not to overpay to private traders - expert opinion
The metallurgical plant of Alexander Yaroslavsky is carrying out the reconstruction of coke oven batteries
Liberty Steel Owner Says Aggressive Lender Actions Threatens 35,000 Jobs
On this topic
Metinvest's Kryvyi Rih GOKs will pay double taxes to the local budget until September 2020
Rinat Akhmetov has said that it expects the Ukrainian authorities a level playing field and fair
Metinvest, together with the Rinat Akhmetov and Vadim Novinskoy Foundations, donated 3,200 COVID-19
Metinvest announced plans for mass layoffs
Konstantin Zhevago has resigned as CEO of Ferrexpo due to issues in Ukraine
Head of Zaporizhzhya CI: Zaporizhstal owners are terribly concerned about Shurma's departure
Add a comment
Сomments (0)
News Analytics
Global hydrogen demand to grow 7-fold by 2070 - PwC21-04-2021, 12:31
Energy independence of Ukraine depends on decarbonization and "green" energy -21-04-2021, 12:42
Shell tests hydrogen fuel cells on ships in Singapore21-04-2021, 11:39
Gazprom will continue to develop priority areas of hydrogen energy based on21-04-2021, 10:49
EU approves targets to reduce greenhouse gas emissions by 55% by 203021-04-2021, 10:36
Global hydrogen demand to grow 7-fold by 2070 - PwC21-04-2021, 12:31
World Steel Association predicts a good year for metallurgists15-04-2021, 18:19
World Steel Association defines green steel and its variations12-04-2021, 13:14
China unlikely to cut steel capacity in 2021 due to high steel prices07-04-2021, 12:11
Scrap metal market at the beginning of April02-04-2021, 11:10
Sign in with: