In December 2020, the Economic Court of the Dnipropetrovsk region filed a bankruptcy case for JSC AK Bogdan Motors. 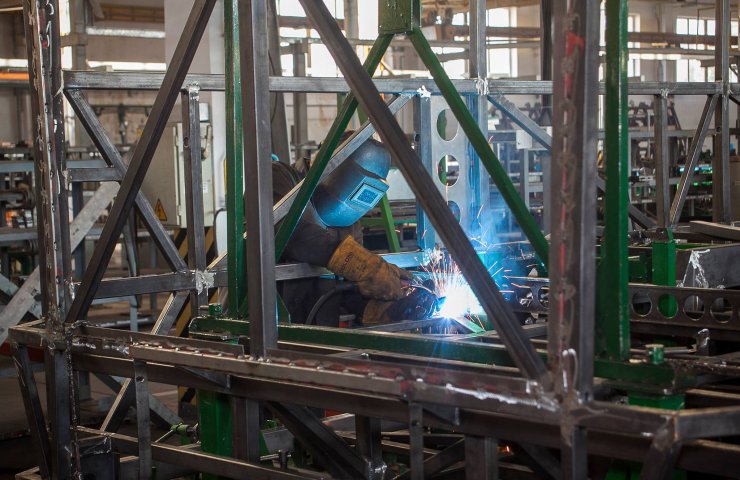 Bogdan Motors Automobile Company JSC, which unites the production assets of Bogdan Corporation, in 2020, according to preliminary data, received UAH 3.38 billion in losses, while in 2019 the company's net profit was UAH 609.22 million .

According to the agenda of the general meeting of shareholders of the company on April 27, published in the information disclosure system of the National Commission for Securities and Stock Market (NSCSSM), the uncovered loss of Bogdan Motors by the beginning of this year amounted to UAH 9.192 billion compared to UAH 5.809 billion a year earlier .

According to the publication, the current liabilities of the auto company over the past year increased by 47% - to 9.182 billion hryvnia, long-term, as in the previous year, are not indicated.

Bogdan Motors' total accounts receivable more than halved over the year - to UAH 167.74 million, assets as a whole decreased by 29% - to UAH 1.087 billion.

Bogdan Motors Automobile Company JSC unites a bus and trolleybus plant in Lutsk and a passenger car plant in Cherkassy.

Recommended:
Ferrexpo board of directors proposes to quadruple dividends for 2020
Production of Russian road construction equipment in 2021 increased by 26%
Mineral resources can become a driver of the Ukrainian economy - head of the State Geological Survey Roman Opimakh
On this topic
Oleg Gladkovsky's Bogdan Motors company demands to protect the Ukrainian manufacturer
Carriage works of Sergei Tigipko will issue bonds with a rate of 14% per annum
How the reform of the electricity market in Ukraine can lead to a collapse and what to do about it
Gladkovsky, the Corporation "Bogdan motors" is not going to capitulate
In Ukraine, the forecast drop in steel production by 7% in 2020
AK "Bogdan motors" has received a lawsuit from the Prosecutor General of Ukraine and intends to
Add a comment
Сomments (0)
News Analytics
The capacity of the domestic steel market in Ukraine in January-March decreased19-04-2021, 10:33
In Russia, there is an exuberant demand for agricultural machinery19-04-2021, 10:24
Iran is satisfied with the reaction of the world community to 60% enrichment of18-04-2021, 13:24
Gas prices in Ukraine have reached a record value over the past two years -16-04-2021, 17:24
Ukrmetallurgprom asks the Antimonopoly Committee to allow Metinvest to bid for16-04-2021, 17:23
World Steel Association predicts a good year for metallurgists15-04-2021, 18:19
World Steel Association defines green steel and its variations12-04-2021, 13:14
China unlikely to cut steel capacity in 2021 due to high steel prices07-04-2021, 12:11
Scrap metal market at the beginning of April02-04-2021, 11:10
Rising Chinese Prices Fueled Rising Global Steel Prices - MEPS25-03-2021, 18:54
Sign in with: