A work plan will soon be approved for signing a 3-year contract worth over $ 50 million. 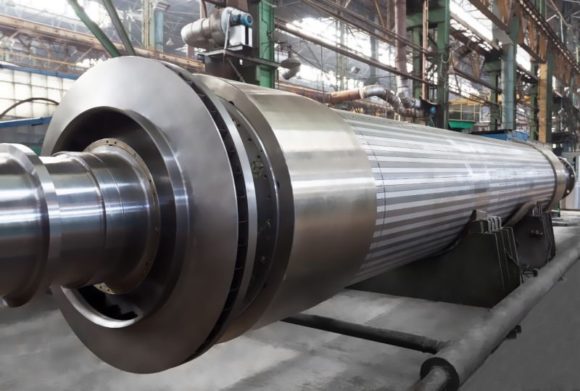 SE "Plant" Electrotyazhmash "on March 26 signed a memorandum on participation in the implementation of the program of renewal of power plants in Iraq, which is funded by the United States of America. The total volume of the program will be approximately $ 1.2 billion, of which the company expects to receive an order for the supply of equipment and modernization in the amount of more than $ 50 million.

“The Memorandum provides for cooperation in the design and manufacture of units for power plants in Iraq with a total capacity of 1,300 MW. A work plan will soon be approved for a 3-year contract worth over $ 50 million. This is a large project that is of international importance for our enterprise and the whole of Ukraine, ”commented the acting Victor Busko, General Director of the State Enterprise "Plant" Electrotyazhmash ".

Acting General Director Viktor Busko and representatives of the Czech company, which acts as the general contractor for the project. Negotiations on the conclusion of the agreement lasted several months.

As noted by Viktor Busko, the signing of the agreement became possible due to the confirmation of the success in the financial recovery of the enterprise - SE "Plant" Electrotyazhmash "will be able to guarantee timely and high-quality execution of orders.

After signing the memorandum, the parties agreed to create a working group to agree on all the technical details. The working group should prepare a draft contract, which will become the basis for further cooperation.

Electrotyazhmash is a globally recognized brand in the design and manufacture of turbine generators, hydrogenerators, large DC electric machines, complete electrical equipment for urban and railway electric transport. The quality of products and services provided is confirmed by partnerships with enterprises from 50 countries around the world.