The corporation recalled that the company entered the tender for Lviv with the Bogdan A70132 bus, which is designed to carry 106 passengers and has a low floor, which makes it comfortable and convenient for all segments of the population. 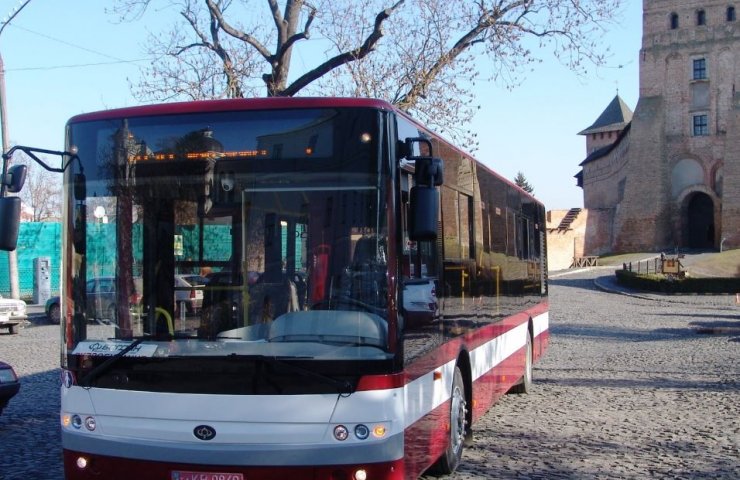 Lutsk Automobile Plant welcomes the position of the mayor of Lviv to support the domestic production of public transport, which was recently made public on the official page of Andrey Sadovy in social networks.

According to the press service of the Bogdan-Motors company, the head of Lviv noted the need to support domestic transport manufacturers and appealed to the Cabinet of Ministers of Ukraine with a request to introduce "protective tariffs" or a duty on the purchase of public transport abroad.

Lutsk automakers have been raising the issue of non-competitive conditions in the public transport procurement market for many years. From the very beginning, Ukrainian transport manufacturers are in a losing situation due to unequal conditions for the production of products. the Belarusian manufacturer receives constant state support from its government, according to Bogdan-Motors.

“Today, the domestic Ukrainian market is fully open for the sale of foreign vehicles, and since 2011, a free trade agreement has been in effect between Ukraine and the Republic of Belarus, which allows customs clearance of automotive components at a reduced rate. Therefore, when a Belarusian-made transport enters the customs territory of Ukraine, there is partly an unjustified understatement of the import duty on fully equipped vehicles, and they are registered as components at the customs, "the plant says.

Bogdan Motors noted that under such circumstances there is no longer any question of favorable economic conditions for the Ukrainian automotive industry, and the prospects for creating jobs and favorable investment conditions and increasing national surplus value are generally becoming rather illusory. p>

The corporation recalled that the company entered the tender for Lviv with the Bogdan A70132 bus, which is designed to carry 106 passengers and has a low floor, which makes it comfortable and convenient for all segments of the population, including people disabled. The buses are equipped with a ramp and a fastener for fixing the stroller in the passenger compartment. And for the comfort of transportation, air conditioners are provided.

Bogdan A70132 is equipped with European and Ukrainian units, including an Iveco engine, an Allison automatic transmission, a front axle and a ZF axle. They are created taking into account modern requirements for comfort, safety and quality and comply with the Euro-5 environmental standards.

The implementation of large-scale public transport projects for Ukrainian cities became possible thanks to the cooperation of the Lutsk Automobile Plant with local authorities within the framework of the Urban Public Transport in Ukraine project, financed by the European Bank for Reconstruction and Development and the European Investment Bank.

Recommended:
NASA suspends $ 2.9 billion lunar contract with SpaceX Elon Musk
Krivoy Rog iron ore plant in January-April increased ore production by 2.4%
Energy independence of Ukraine depends on decarbonization and "green" energy - State Energy Efficiency
On this topic
A rally of workers of the stopped shipyard was held in Mariupol
Lutsk automakers urged the Verkhovna Rada not to destroy the Ukrainian manufacturer
Mariupol plans to receive 250 million hryvnia investments from Turkey
Mercedes-Benz may face sales ban in Germany
Ukrzaliznytsia in the next year will build eurokolia in Western Ukraine
In Kharkov, the metro station "Moskovsky Prospekt" was renamed into "Turboatom"
Add a comment
Сomments (0)
News Analytics
Chip shortage will cost the global auto industry $ 110 billion in revenue in14-05-2021, 12:15
Zaporizhzhya Dneprospetsstal expands international partnership14-05-2021, 11:17
The coal industry relies on new technologies to survive in the decarbonization14-05-2021, 11:38
In January-April, Ukrainian metallurgists increased steel production by 7.2%14-05-2021, 10:03
Metinvest does not want to sell pig iron of Dnipro Metallurgical Plant to third14-05-2021, 09:03
The current state of the market is ideal for the sale of rolled steel - IREPAS04-05-2021, 18:41
Global hydrogen demand to grow 7-fold by 2070 - PwC21-04-2021, 12:31
World Steel Association predicts a good year for metallurgists15-04-2021, 18:19
World Steel Association defines green steel and its variations12-04-2021, 13:14
China unlikely to cut steel capacity in 2021 due to high steel prices07-04-2021, 12:11
Sign in with: