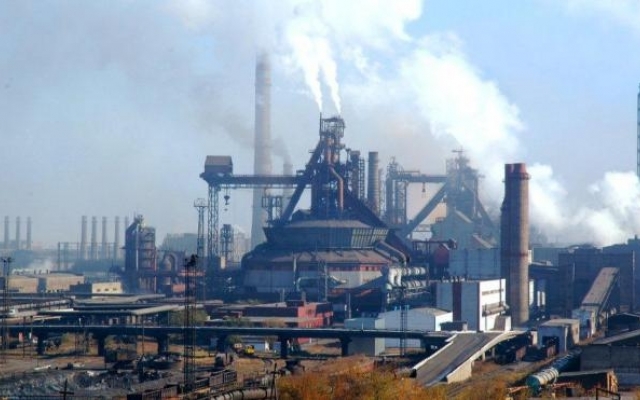 ArcelorMittal Kryvyi Rih reports a fatal accident that occurred with the hot return dispenser of Metallurg Service Plus LLC, a contractor of our company.

The contractor performed work on the territory of the sinter shop No. 2 "ArcelorMittal Kryvyi Rih". On the night of April 2–3, he disappeared without a trace. At the same time, he did not leave the production area, his personal belongings remained at the workplace. The company's specialists immediately began prospecting work, which lasted more than three days. Late in the evening of April 6, when inspecting the underground cable gallery of sintering shop No. 2, an employee of a contractor was found with no signs of life near the cable buses. The preliminary cause of death is electric shock in the conduit conduit.

National police officers and prosecutors were summoned to the scene. At the moment, the investigation of this case and the reasons that prompted the employee to leave his workplace is underway. The state commission will investigate all the circumstances of the incident.

ArcelorMittal Kryvyi Rih expresses its sincere condolences to the family and friends of the deceased.

Recommended:
State Enterprise "Ukrhimtransammiak" exceeded the plan for the transit transportation of ammonia by 17.8%
The court seized the property and 100% of the shares of Motor Sich JSC
Chip shortage for auto industry will rise sharply due to fire at factory in Japan
On this topic
ArcelorMittal Kryvyi Rih started hot tests of sinter machine No. 2 after reconstruction
ArcelorMittal Kryvyi Rih continues the reconstruction of sinter plant No. 2
DMK reports about the accident with a fatal outcome
ArcelorMittal Kryvyi Rih continues large-scale modernization of sinter shop No. 2
A former official of Naftogaz of Ukraine accused of embezzlement of 284 million hryvnia
On the Dnieper metallurgical plant man died
Add a comment
Сomments (0)
News Analytics
Iran is satisfied with the reaction of the world community to 60% enrichment of18-04-2021, 13:24
Gas prices in Ukraine have reached a record value over the past two years -16-04-2021, 17:24
Ukrmetallurgprom asks the Antimonopoly Committee to allow Metinvest to bid for16-04-2021, 17:23
A fatal accident occurred on the territory of the Dnieper Metallurgical Plant16-04-2021, 13:01
Cars built for Euro 2012 will be repaired at the Kryukov Carriage Works16-04-2021, 12:46
World Steel Association predicts a good year for metallurgists15-04-2021, 18:19
World Steel Association defines green steel and its variations12-04-2021, 13:14
China unlikely to cut steel capacity in 2021 due to high steel prices07-04-2021, 12:11
Scrap metal market at the beginning of April02-04-2021, 11:10
Rising Chinese Prices Fueled Rising Global Steel Prices - MEPS25-03-2021, 18:54
Sign in with: