At the same time, the credit rating of Metinvest and its bonds remained at BB, which is two levels higher than the country ceiling for Ukraine. 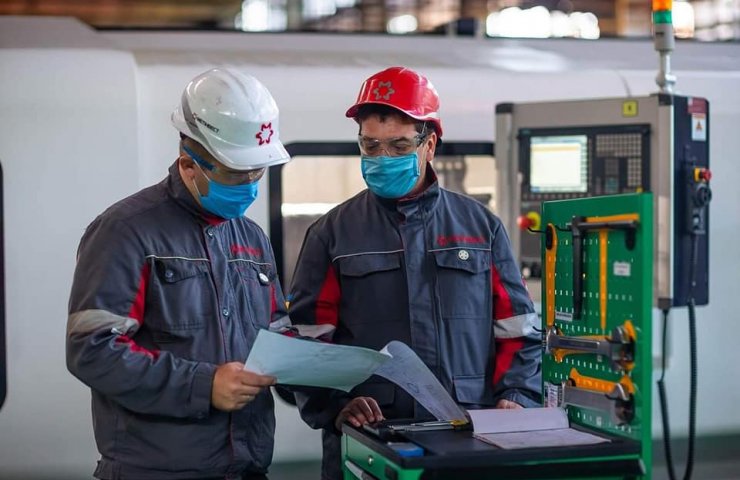 Metinvest Group, an international vertically integrated group of mining and metallurgical companies, announced that the credit rating agency Fitch Ratings has changed the outlook on the Group's long-term rating for liabilities in national and foreign currencies from “negative” to “stable”. At the same time, the credit rating of Metinvest and its bonds remained at BB, which is two levels higher than the country ceiling for Ukraine.

The rating agency highly appreciated the ability of Metinvest to generate cash flow, which is associated with the favorable situation on the steel and iron ore markets amid the recovery of the global economy. The agency also noted the Group's financial flexibility, which contributes to increasing its profitability, including through gaining control over the Pokrovskaya Coal Group and implementing a capital investment program. In addition, Fitch Ratings noted the expected gradual decline in Metinvest's total debt.

Recommended:
Ukrzaliznytsia plans to sell about 2 thousand tons of non-ferrous scrap
Works on equipment for the South-Ukrainian NPP completed in the shops of Turboatom
Reuters learned the conditions for Russia's continued gas transit through Ukraine
On this topic
Underlying profit (EBITDA) of Metinvest in 2020 increased by 82%
S&P Global assigned Viktor Pinchuk's Interpipe a 'B' rating with a stable outlook
S&P affirms "Metinvest" level "In", with a stable Outlook
Moody's has raised a credit rating of Metinvest to the level B2
Fitch downgrades ArcelorMittal SA to "BB +"; Outlook Negative
ECB announced measures to revive the Eurozone economy
Add a comment
Сomments (0)
News Analytics
Metallurgical Plant "Zaporizhstal" performed overhaul of blast furnace No. 422-06-2021, 18:05
Since the beginning of the year, Ukrzaliznytsia has sold scrap of non-ferrous22-06-2021, 16:30
15 people detained due to an accident at an iron mine in China's Shanxi province22-06-2021, 15:38
World steel production soars to record 174 million tonnes in May22-06-2021, 13:28
The first train from Europe to China brought 82 Audi A8Ls22-06-2021, 13:58
European steel market is in confusion: price growth has slowed down, but no one21-06-2021, 17:40
Vaccinations fuel demand for platinum - World Platinum Investment Council08-06-2021, 12:55
Sharp price growth continues in the rolled metal market - Ukrpromvneshexpertiza08-06-2021, 11:04
Analysts note overheating of the global scrap metal market01-06-2021, 13:28
Hydrogen-fueled steelmaking could be competitive after 2050 - McKinsey19-05-2021, 14:22
Sign in with: