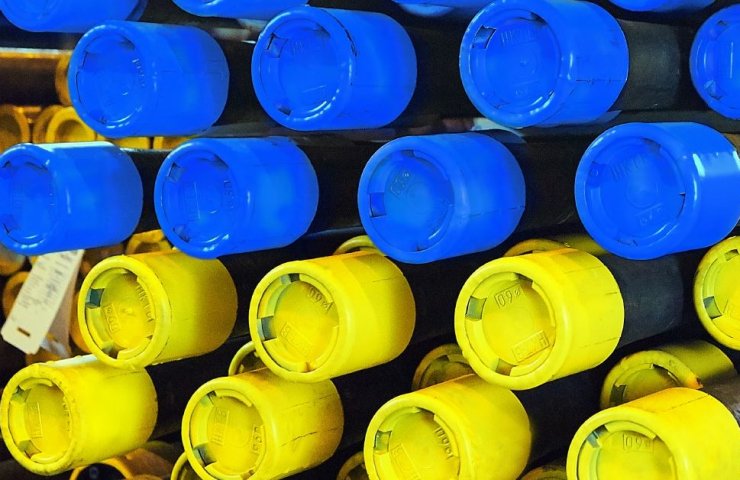 The Ukrainian industrial group of companies "Interpipe" intends to issue new Eurobonds for $ 300 million. This is stated in the message of PJSC Interpipe Nizhnedneprovsk Pipe-Rolling Plant, published on Thursday in the NKSSM disclosure system, regarding the approval of significant transactions by the supervisory board of the enterprise on April 7 this year.

According to the document, the supervisory board agreed to the company to make a major transaction to provide surety and, accordingly, agreed to conclude a separate suretyship agreement (individual suretyship deed) between the company as a surety and Madison Pacific Trust Limited (Hong Kong) as a trustee the bond manager.

The document contains a list of related companies that will be responsible for the obligations of the bonds planned for the issue.

It is assumed that the holding company of Interpipe, Interpipe Holdings Plc. will issue and place on international capital markets bonds for a total principal amount not exceeding $ 300 million with an interest rate not exceeding 8% per annum and maturity not exceeding five years.

Previously, the management of Interpipe has already announced that it is considering the possibility of issuing new Eurobonds.

Interpipe is a Ukrainian industrial company, a manufacturer of seamless pipes and railway wheels. The company's products are supplied to more than 80 countries of the world through a network of sales offices located in the key markets of the CIS, the Middle East, North America and Europe. The ultimate owner of Interpipe Limited is Ukrainian businessman Victor Pinchuk and his family members.

Recommended:
Citigroup sues for bankruptcy in London court against Sanjeev Gupta's companies - Financial Times
Tesla doubles quarterly sales of electric vehicles far beyond analyst expectations
Interpipe delivered premium sleeveless pipes to Uzbekistan
On this topic
Interpipe announced a planned action to discredit the company in the Ukrainian media
Interpipe NTRP allocated 84 million hryvnia for the implementation of environmental projects
Interpipe reduced sales of pipe and railway products in 2020
Interpipe has begun deliveries of OCTG in Turkey
INTERPIPE in 2019. increased sales of railway wheels by 8% and reduced the implementation of pipes
Interpipe reported on successful restructuring of Eurobonds and other debts
Add a comment
Сomments (0)
News Analytics
Ukraine and the United States are deepening cooperation in the trade and20-04-2021, 20:46
Nikopol pipe plant "Centravis" is approved as a supplier of the Chinese20-04-2021, 20:10
The capacity of the domestic steel market in Ukraine in January-March decreased19-04-2021, 10:33
In Russia, there is an exuberant demand for agricultural machinery19-04-2021, 10:24
Iran is satisfied with the reaction of the world community to 60% enrichment of18-04-2021, 13:24
World Steel Association predicts a good year for metallurgists15-04-2021, 18:19
World Steel Association defines green steel and its variations12-04-2021, 13:14
China unlikely to cut steel capacity in 2021 due to high steel prices07-04-2021, 12:11
Scrap metal market at the beginning of April02-04-2021, 11:10
Rising Chinese Prices Fueled Rising Global Steel Prices - MEPS25-03-2021, 18:54
Sign in with: