The payment of dividends will not affect the fulfillment of the company's promise called "Steel Billion" - investments in eco-modernization, "green metallurgy" and further development of the enterprise. 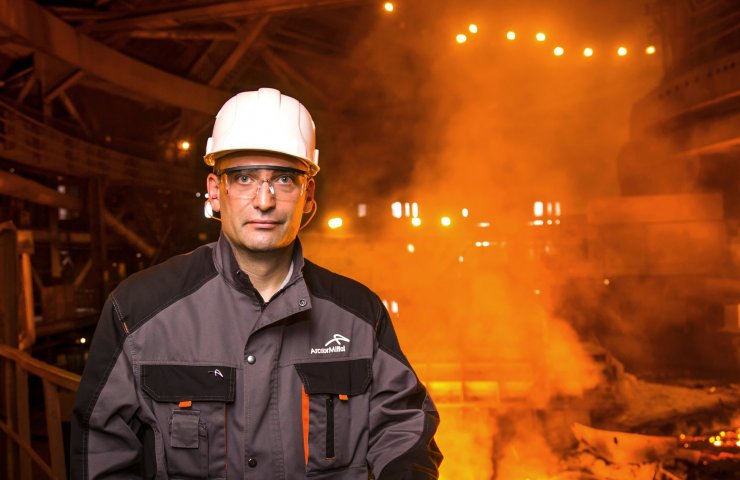 On April 29, the annual general meeting of shareholders of ArcelorMittal Kryvyi Rih was held. At the meeting, the annual report of the joint-stock company was approved, after considering the reports of the executive body of the company, the Supervisory Board, the Audit Commission, the shareholders decided on the distribution of profits and payment of dividends.

The net profit received as a result of the work of ArcelorMittal Kryvyi Rih in 2020 and a part of retained earnings received over previous years are directed to the payment of dividends. The amount of dividends was approved in the amount of UAH 9610237170.00, which is UAH 2.49 per ordinary registered share. Payment of dividends will be carried out through the depository system of Ukraine. According to the law "On Joint Stock Companies", dividends must be paid within six months from the date of the decision by the meeting of shareholders.

- Since the privatization of the enterprise, ArcelorMittal has spent large amounts of money on the modernization of production and the implementation of investment projects. The payment of dividends will not affect the fulfillment of our promise called “Steel Billion” - investments in eco-modernization, “green metallurgy” and further development of the enterprise. We will continue on this path. ArcelorMittal Kryvyi Rih strives to work confidently, taking into account the interests of the state, shareholders and all our employees. Thus, the company's management made a decision to increase the salaries of the personnel from May 1, and earlier the “13th salary” was paid as a bonus. I would like to emphasize that the sum of all profits of the enterprise for 2020 is equal to the sum of funds aimed at increasing salaries and bonuses to our people. At the same time, we are forced to admit that attempts to artificially exacerbate the social situation in the team cause some concern. It is obvious that threats of industrial strikes and emotional blackmail instead of a reasoned dialogue on the part of individual forces do not contribute to the stability and efficiency of investments.

The total number of ArcelorMittal Kryvyi Rih shares is 3,859,533,000. The company has about 10,000 shareholders - mostly individuals (about 20 - legal entities). The dominant stake (95.13%) belongs to ArcelorMittal Duisburg Beteiligungsgesellschaft mbH (Germany), the rest is held by minority shareholders.