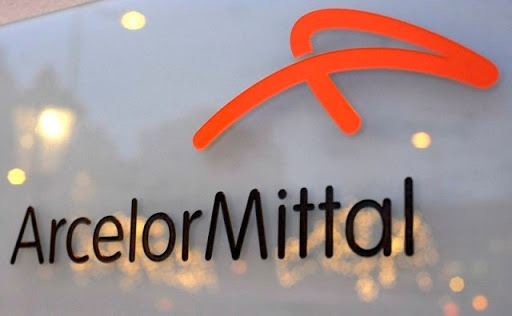 The management of ArcelorMittal Kryvyi Rih took part in a round table organized by the American Chamber of Commerce in Ukraine. The meeting was devoted to the problematic issues of business in interaction with tax authorities. In addition to the member companies of the chamber, representatives of the Ministry of Finance of Ukraine and the State Tax Service of Ukraine also joined the discussion.

On behalf of ArcelorMittal Kryvyi Rih, Artem Filipyev, Deputy General Director for Legal Affairs, Government Relations and Communications, shared his vision of problematic issues for business with experts. This is, first of all, the unrecognizable, according to ArcelorMittal Kryvyi Rih, the opening of criminal proceedings by various law enforcement agencies, including by the SBU under Article 212 of the Criminal Code of Ukraine (“Intentional evasion of taxes, fees ...”). In accordance with legislation and judicial practice, uncoordinated amounts of tax liabilities, for example, those that are at the stage of judicial appeal, cannot be a basis for opening criminal proceedings under this article, since there is no corpus delicti. The same position, in particular, in its systemic recommendations is adhered to by an independent organization - the Business Ombudsman Council.

In addition, Artem Filipyev drew attention to the need to maintain an independent procedure for administrative appeal of additional charges as a result of tax audits. This is an affordable and transparent way of settling disputes in the pre-trial order, which saves time and money on court proceedings not only for business, but also for state authorities.

- Unfortunately, recently in the territory of ArcelorMittal Kryvyi Rih, investigative actions of the SBU took place again, which caused an active discussion in the media and among experts. This criminal proceeding regarding tax evasion is unfounded and should be closed due to the lack of corpus delicti. And the investigative jurisdiction of this production of the SBU, the body that should deal with the prevention of threats to national security, at least causes surprise and harms not only the company's business, but also the country's overall investment attractiveness. Ukraine's international partners have been informed about the details of this case and are already expressing their concerns in communications with the Government. This is an untimely and unoptimistic signal ahead of the Ukrainian-German Forum in Berlin and the World Economic Forum in Singapore, where Ukraine traditionally encourages foreign investment.

Recommended:
Sanjeev Gupta's first three steel plants go bankrupt
Emergency summit on chip shortage to be held in Washington - Biden administration
EU approves targets to reduce greenhouse gas emissions by 55% by 2030
On this topic
ArcelorMittal Kryvyi Rih announced the start of a "new season of investigative actions of the SBU"
ArcelorMittal Kryvyi Rih became a participant of the round table "Ukrzaliznytsia" with the main
Ukraine needs to reduce mortgage rates to 8-10% - Confederation of Builders of Ukraine
ArcelorMittal Kryvyi Rih is accused of financing terrorism - Deputy. CEO
"ArcelorMittal Krivoy Rog" in 2019 paid to the budget UAH 340 million of environmental taxes
ArcelorMittal Kryvyi Rih denies SBU statements on exceeding the maximum radiation level
Add a comment
Сomments (0)
News Analytics
Dneprotyazhmash manufactures technological equipment for DMK07-05-2021, 10:07
The National Bank of Ukraine will sell 46 tons of scrap metal from obsolete07-05-2021, 10:10
Dnieper Metallurgical Plant DCH Steel in April reduced steel production by 2.8%07-05-2021, 09:18
Revised draft law on support of the extractive industry of Ukraine sent to07-05-2021, 09:41
Global auto industry to lose more than 2 million cars due to chip shortage -06-05-2021, 21:26
The current state of the market is ideal for the sale of rolled steel - IREPAS04-05-2021, 18:41
Global hydrogen demand to grow 7-fold by 2070 - PwC21-04-2021, 12:31
World Steel Association predicts a good year for metallurgists15-04-2021, 18:19
World Steel Association defines green steel and its variations12-04-2021, 13:14
China unlikely to cut steel capacity in 2021 due to high steel prices07-04-2021, 12:11
Sign in with: