For 4 months of 2021, freight traffic on the Dnieper increased by 1.2 million tons

Including the transportation of rolled steel increased to 340 thousand tons, which is one and a half times more than in the same period last year. 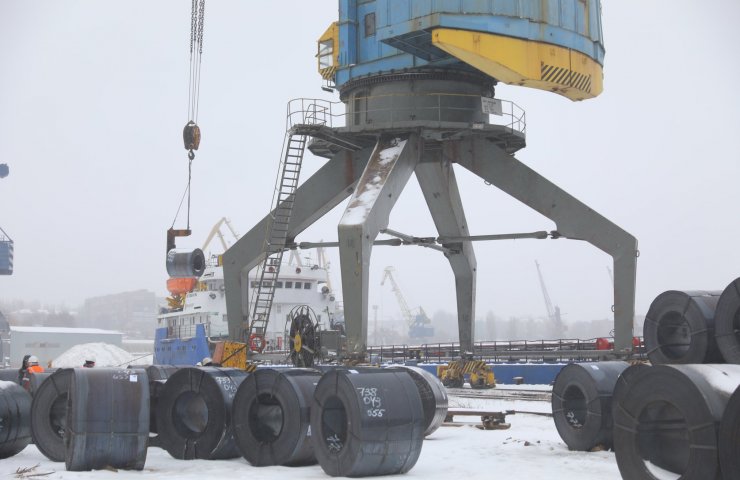 According to the River Information Service of Ukraine (RIS) of the Delta-Pilot branch, in the first 4 months of 2021, river cargo transportation along the Dnieper amounted to 3.12 million tons and increased by 1.2 million tons compared to the same period last year. This was announced by the Minister of Infrastructure Vladislav Krikliy.

“The start of the reform of river transport and the restoration of inland waterways remain one of the priority tasks of the Ministry of Infrastructure for this year. And we continue to actively prepare the relevant by-laws for the implementation of the new law "On Inland Water Transport", as well as for the creation of a separate State Fund for Inland Waterways, from which the river infrastructure will need to be modernized and restored in the future. Already, in the first 4 months of this year, freight traffic on the Dnieper has increased by 1.2 million tons compared to the same period in 2020. I hope this positive trend will continue in the future, ”he said.

3465 flights were carried out during January-April of this year, compared to 1694 flights for the same period in 2020.

The main share of cargo is construction, the volume of transportation of which increased by 126% and reached 1.97 million tons. In second place is grain (804.8 thousand tons - 2% less than in January-April 2020). The river also actively transports metal products (340 thousand tons, which is 68% more than last year).

In addition, thanks to the work on the Dnieper and Pripyat rivers, necessary to restore full-fledged ship traffic on the Dnieper, diesel fuel suppliers were able to start their first river deliveries.

Финансовая аналитика, прогнозы цен на сталь, железную руду, уголь и другие сырьевые товары. More news and analytics on Metallurgprom telegram channel - subscribe to get up-to-date market information and price forecasts faster than others.
Сomments
Add a comment
Сomments (0)
On this topic
Yuzhmash told whether it is possible to launch reusable rockets from the Black Sea
Zaporizhstal exported about 900 thousand tons of rolled metal along the Dnieper
The Ministry of infrastructure of Ukraine invited the U.S. companies to participate in concession
Ukrainian carriers will receive an additional 5000 Polish permissions
Prospects for ship repair in Ukraine
Localization of production of electric cars and charging stations started in Ukraine
Recommended:
Russia will allocate more than $700 million for the production of domestic aircraft engines
The European Council added the violation of restrictive measures (sanctions) to the list of EU crimes
Russian steel production fell by 6%
News Analytics
China's iron ore output to rise in 2023 as new projects are launched30-11-2022, 18:10
"Centravis" agreed to supply a new batch of seamless pipes to a30-11-2022, 16:51
Metinvest enterprises in Ukraine resumed work after massive shelling of29-11-2022, 11:59
The European Council added the violation of restrictive measures (sanctions) to28-11-2022, 14:22
The abolition of export duty in India may reduce the price of Turkish steel28-11-2022, 14:07
Commodity prices will fall, metals quotes will rise slightly - Focus Economics28-11-2022, 13:28
Platinum market to face shortage next year - WPIC22-11-2022, 18:25
Global steel demand falls and will fall by 2.3% in 2022: WorldSteel19-10-2022, 23:12
Iron ore prices fall to 11-month low15-10-2022, 10:36
China production cuts in winter will give limited boost to steel markets -15-09-2022, 10:09
Sign in with: