following the meeting in Lviv polkovo and Ukrainian Ministers of infrastructure 28 Nov Ukrainian carriers will receive an additional 5000 Polish permission. 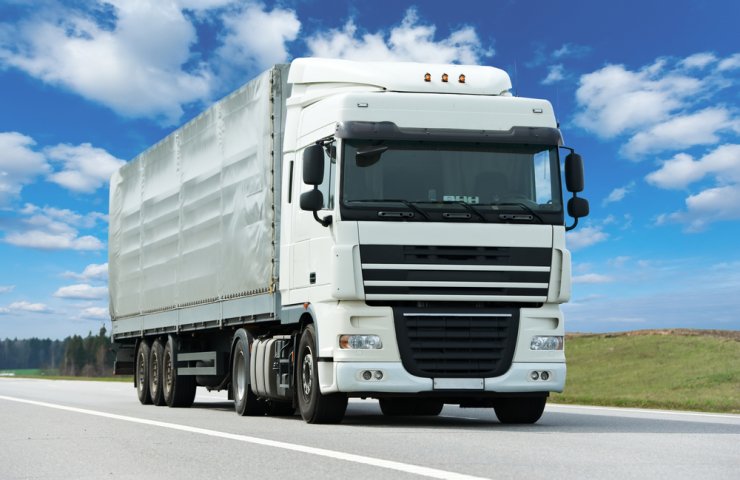 infrastructure Minister Vladislav Crickley met with the Minister of infrastructure of the Republic of Poland Andrzej Adamcik 28 Nov 2019 in the city of Lviv. The Ministerial meeting was a continuation of the dialogue that began at the end of October.

Main issue of the meeting was the issue of determining the quota of permits for international road freight transport with the Republic of Poland for the Ukrainian carriers.

Minister of infrastructure of Ukraine noted the constructive during the meeting of the Ukrainian-Polish Mixed Commission on international road freight transport, which took place on 25 October 2019 and noted that the position of the Ukrainian side remains unchanged quota of permits may not be less than 200,000 permits. Vladislav Crickley noticed and will continue to defend the position that the reduction in the quota of permissions is a violation of article 136 of the Agreement on Association of Ukraine with the EU.

November 25, 2019 Kyiv hosted the meeting of the Working group ad-hoc for the exchange of experience the distribution of permits. During the meeting, the Polish side noticed and congratulated the positive changes and establish control over the circulation of permits. Now increased control over the circulation of resolutions, the Ukrainian side has accurate information on the number of issued and returned permits, surveillance cameras are installed at the points of delivery of permissions. Vladislav Crickley said that the Ukrainian side appreciates the dialogue and the readiness of the Polish side to share the experience distribution dozvoliv.

the meeting of the working group ad-hoc allocation of 10,000 permits with advanced sharing permissions for 2020, which are valid for registration in 2019 in accordance with a transparent mechanism.

At the meeting on 28 November, Ukrainian carriers will receive an additional 5000 Polish permission.

Also during the meeting discussed the organization of a comfortable and smooth movement of passengers and increasing passenger traffic by road transport, the reduction of idle time at the border both passenger and freight transport. The Polish side proposed to organize joint control in the checkpoints, where there is the greatest heavy traffic.

the Distinction between passenger and freight stations in the checkpoint "Krakovets" identified parties one of the priorities in the development of border infrastructure on the Ukrainian-Polish state border. Construction of the Krakovets should begin tentatively scheduled for spring 2020. In the framework of the implementation of contracts in accordance with the Agreement between the Government of Ukraine and the Government of the Republic of Poland on granting the loan under the terms of tied aid projects on major repairs planned on the approaches to the 4 checkpoints (checkpoint "Utilus", the checkpoint "Rava Ruska", the checkpoint "Smolnitsa ", transmission" Pears "), in 2020 is expected to start performance of works on major repairs after the approval of design documentation. The implementation of these contracts will relieve highway M-10 Lviv - Krakovets.

infrastructure Minister Vladislav Crickley and the Minister of infrastructure of the Republic of Poland Andrzej adamczyk agreed to deepen cooperation on the development of the aviation and railway communication between the countries.

Recommended:
The European Commission has extended the protective measures on the import of steel into the region for another three years
The management of Ukrzaliznytsia held negotiations on cooperation with representatives of Deutsche Bahn
Azerbaijan's SOCAR plans to invest in the extraction of battery metals in Ukraine
On this topic
Ukrzaliznytsia in the next year will build eurokolia in Western Ukraine
Top Manager kvsz called calls privacy office minifrastruktury to Hyundai "unpatriotic"
Ukraine is interested in import of electricity from Belarus Alexey Orzhel
Boeing is seeking from the KB "Yuzhnoye" and "Yuzhmash" payment of 200 million dollars
World steel production in September fell by 0.3%
Trump's trade war with China negatively affects Ukraine
Partner news
Сomments
Add a comment
Сomments (0)
News Analytics
Azerbaijan's SOCAR plans to invest in the extraction of battery metals in26-07-2021, 22:00
The first domestic industrial energy storage system was developed and launched26-07-2021, 22:11
The profitability of purchases of scrap metal in Ukraine has decreased, but is26-07-2021, 17:27
Metinvest is ready to pay more than 9 billion hryvnia for the Dnieper steel26-07-2021, 13:01
Cherkassk Azot by Dmitry Firtash completed the modernization of the ammonia26-07-2021, 13:45
On the regional markets of metallurgical products, prices are balancing in a22-07-2021, 16:22
Demand for armaments will ensure a stable growth of armored steel sales by 4%20-07-2021, 10:10
Protectionist Measures Support European Steel Prices Despite Summer Lull19-07-2021, 11:02
Positive price growth is observed in the markets for metallurgical products16-07-2021, 14:12
European steel market is in confusion: price growth has slowed down, but no one21-06-2021, 17:40