Back in December last year, on the instructions of the Prime Minister of Ukraine, the concern sent for consideration to the Ministry of Strategic Industries of Ukraine a draft law on the financial recovery of the plant. 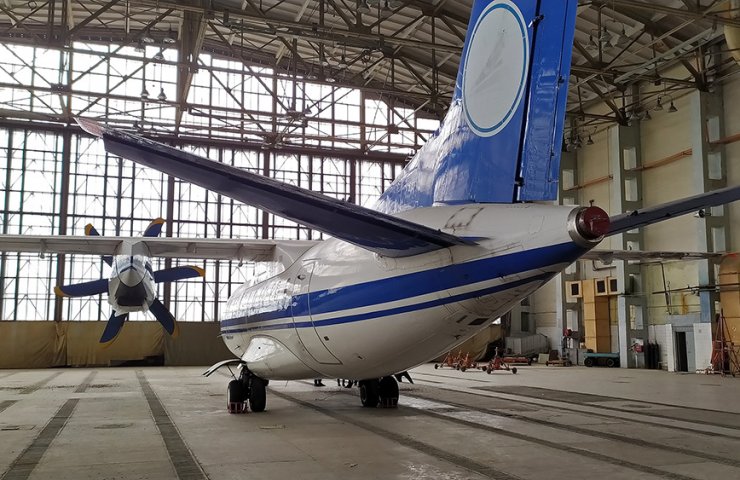 The State Concern "Ukroboronprom" has approved a plan of anti-crisis measures to increase production and financial recovery of the Kharkov State Aviation Production Enterprise (KSAPP). This was reported by the press service of the concern on Wednesday.

As previously reported, in April there was a change of leadership, and with the support of Ukroboronprom, KSAMC partially repaid the wage debt. In addition, a plan of anti-crisis measures was considered at a meeting of the Board of Directors of the concern a few weeks ago.

“Today, after the appropriate revision, this plan was approved by me. The document contains a clear roadmap and will allow the company to improve its financial and economic situation. However, in order to bring KSAMC out of the long-term financial crisis to the break-even point, teamwork and support from the Cabinet of Ministers of Ukraine and the Verkhovna Rada of Ukraine are needed. Now we are actively negotiating with Ukrainian and foreign companies to attract investments in this strategic enterprise, ”said Yuriy Gusev, General Director of Ukroboronprom.

Ukroboronprom is working on a daily basis to obtain state contracts for An-74 aircraft, for which a letter of appeal was sent, in particular, to the chairman of the Verkhovna Rada of Ukraine Committee on National Security, Defense and Intelligence with a proposal to improve the mechanism for concluding contracts for the manufacture aircraft for the state order under state guarantees. This applies not only to KSAMC, but also to other enterprises in a difficult financial situation.

“We ask the Government to approve the corresponding draft resolution as soon as possible, which we have already sent for consideration. If adopted, KSAMC and other important for Ukraine enterprises will have the opportunity to work to meet the needs of state customers, ”the head of the Ukroboronprom concern notes.

Финансовая аналитика, прогнозы цен на сталь, железную руду, уголь и другие сырьевые товары. More news and analytics on Metallurgprom telegram channel - subscribe to get up-to-date market information and price forecasts faster than others.
Сomments
Add a comment
Сomments (0)
On this topic
Aleksandr Yaroslavskyy's DCH group will open the first in Kharkov legal casino
Ukraine accepted the offer of the Mask on the free ventilators
"Metinvest " with affiliated companies became the owner of 100% of "Zaporozhogneupor
The world Bank has provided Ukraine a loan of $ 350 million
Nuclear power plant in Great Britain will be built from Ukrainian materials - Centravis
Fitch Ratings Warns of “Shocking Impact” on Fossil Fuel Exporters
Recommended:
EU extends anti-dumping duties on cold rolled steel from China and Russia
The pipe metallurgical plant in Nikopol continued to work after a short stop
EU new car market continues to recover in double digits
News Analytics
China's iron ore output to rise in 2023 as new projects are launched30-11-2022, 18:10
"Centravis" agreed to supply a new batch of seamless pipes to a30-11-2022, 16:51
Metinvest enterprises in Ukraine resumed work after massive shelling of29-11-2022, 11:59
The European Council added the violation of restrictive measures (sanctions) to28-11-2022, 14:22
The abolition of export duty in India may reduce the price of Turkish steel28-11-2022, 14:07
Commodity prices will fall, metals quotes will rise slightly - Focus Economics28-11-2022, 13:28
Platinum market to face shortage next year - WPIC22-11-2022, 18:25
Global steel demand falls and will fall by 2.3% in 2022: WorldSteel19-10-2022, 23:12
Iron ore prices fall to 11-month low15-10-2022, 10:36
China production cuts in winter will give limited boost to steel markets -15-09-2022, 10:09
Sign in with: