In the first reading, a bill has already been passed that provides incentives for the production of electric vehicles, chargers and their components. 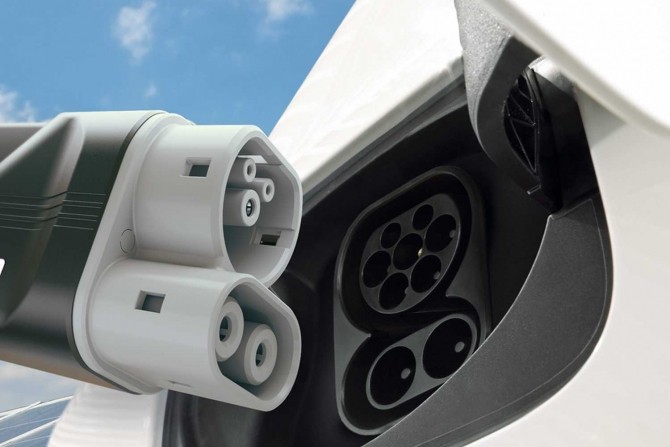 Localization of the production of electric cars in Ukraine will create new jobs and increase the share of auto production in the country's GDP. This was stated by the Minister of Infrastructure Vladislav Krykliy today, February 23, during the All-Ukrainian Forum “Ukraine 30“ Infrastructure ”.

“The number of electric vehicles in Ukraine is constantly growing, so one of the key issues for our Ministry is to popularize ecological modes of transport and create a developed network of charging infrastructure, which allowed owners of electric cars to move comfortably not only within settlements, but also in intercity traffic. To do this, we, together with the EIB, are updating about 1000 units of public transport in 29 cities, preparing a pilot project for the installation of high-speed electric charging stations on the main highways of the country, and also localizing the production of electric cars in Ukraine. In the first reading, a bill has already been adopted that provides incentives for the production of electric vehicles, chargers and their components. And these are new jobs and an increase in the share of auto production in the country's GDP, "said Vladislav Krikliy.

According to him, another priority for the department remains the digitalization of the sector and the implementation of important digital initiatives in the field of transport. In particular, the systems of multimodal passenger transportation on a single ticket Digital Ticket, the system of multimodal cargo transportation E-cargo, 100% digitalization of Ukrposhta services, and the like.

“Last week, everyone watched with delight the landing of the NASA rover, because a person dreams of super-speed and super-ability. As a minister, I want to see Ukraine technological and modern. To do this, we will integrate the Ukrainian transport system into the global one, digitalize transport and introduce an intelligent transport system, build a modern infrastructure, and also liberalize transportation - we will eliminate barriers on the way of goods and passengers, "Vladislav Krykliy noted.

Recommended:
President of the Bogdan Corporation files a lawsuit against Ukraine in the European Court of Human Rights
21 people trapped underground by flooding of a coal mine in Xinjiang
Metinvest installs automated cryosystems in Mariupol covid branches
On this topic
By 2030, Ukraine will fully switch to electric public transport
The European Union has opposed the adoption of Ukraine's law on localization of production
Yuzhmash told whether it is possible to launch reusable rockets from the Black Sea
How the reform of the electricity market in Ukraine can lead to a collapse and what to do about it
Ukrainian carriers will receive an additional 5000 Polish permissions
The EIB invests in the development of "green" energy 1 trillion euros
Add a comment
Сomments (0)
News Analytics
China's Non-Ferrous Metals Sector Records High First Quarter Profits08-05-2021, 15:43
Copper price rises to a record high08-05-2021, 10:17
Dneprotyazhmash manufactures technological equipment for DMK07-05-2021, 10:07
The National Bank of Ukraine will sell 46 tons of scrap metal from obsolete07-05-2021, 10:10
Dnieper Metallurgical Plant DCH Steel in April reduced steel production by 2.8%07-05-2021, 09:18
The current state of the market is ideal for the sale of rolled steel - IREPAS04-05-2021, 18:41
Global hydrogen demand to grow 7-fold by 2070 - PwC21-04-2021, 12:31
World Steel Association predicts a good year for metallurgists15-04-2021, 18:19
World Steel Association defines green steel and its variations12-04-2021, 13:14
China unlikely to cut steel capacity in 2021 due to high steel prices07-04-2021, 12:11
Sign in with: