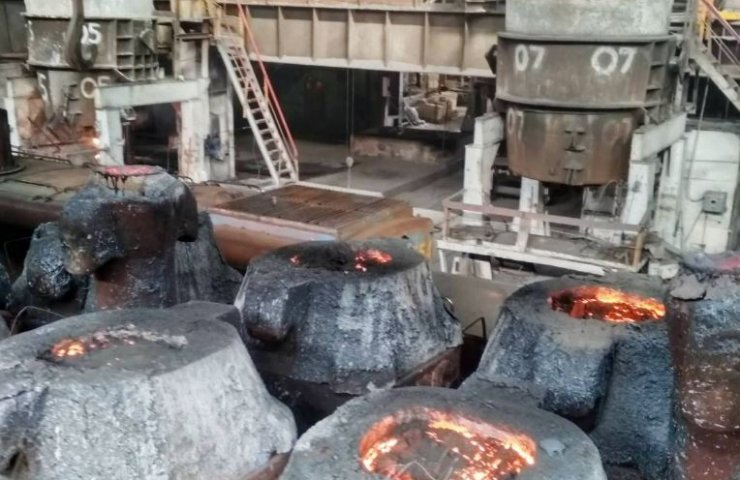 In the oxygen-converter shop of the Dneprovsky Metallurgical Plant (DMZ), they switched to 100% use of a heat-insulating mixture of its own production, which is used in the production of calm and low-alloy steel grades.

The enterprise used to produce such mixtures, but recently they used purchased ones.

In December 2020, the workers of the oxygen-converter shop began to produce small batches of heat-insulating mixture and use them in swimming trunks. Then the percentage of using their own mixture in relation to the purchased ones was increased.

Since March-April, DMZ has completely switched to its own heat-insulating mixture. In January, it began to be produced in the pre-production workshop, where a special section was organized.

One of the main advantages of the innovation, the project developers consider the independence of the quality of the supplier's product, as well as the ability to produce an insulating mixture that is ideal for factory steelworkers.

Финансовая аналитика, прогнозы цен на сталь, железную руду, уголь и другие сырьевые товары. More news and analytics on Metallurgprom telegram channel - subscribe to get up-to-date market information and price forecasts faster than others.
Сomments
Add a comment
Сomments (0)
On this topic
PJSC "DMK" has successfully implemented the pilot project "Academy of
Dnipro Metallurgical Plant will produce 20 deep-bottom molds monthly
Production of dead-bottom molds has been restored at the Dnieper Metallurgical Plant
The Dnieper metallurgical plant launched blast furnace No. 2
Converter was repaired at the metallurgical plant of Alexander Yaroslavsky in Dnipro
Dneprovsky metallurgical plant of Alexander Yaroslavsky reduced air emissions by 70%
Recommended:
Volvo starts deliveries of electric trucks made of fossil-free steel
The European Council added the violation of restrictive measures (sanctions) to the list of EU crimes
India plans measures to stimulate domestic steel exports
News Analytics
China's iron ore output to rise in 2023 as new projects are launched30-11-2022, 18:10
"Centravis" agreed to supply a new batch of seamless pipes to a30-11-2022, 16:51
Metinvest enterprises in Ukraine resumed work after massive shelling of29-11-2022, 11:59
The European Council added the violation of restrictive measures (sanctions) to28-11-2022, 14:22
The abolition of export duty in India may reduce the price of Turkish steel28-11-2022, 14:07
Commodity prices will fall, metals quotes will rise slightly - Focus Economics28-11-2022, 13:28
Platinum market to face shortage next year - WPIC22-11-2022, 18:25
Global steel demand falls and will fall by 2.3% in 2022: WorldSteel19-10-2022, 23:12
Iron ore prices fall to 11-month low15-10-2022, 10:36
China production cuts in winter will give limited boost to steel markets -15-09-2022, 10:09
Sign in with: