The metallurgical plant in Kurakhovo stopped the production of continuously cast billets from scrap metal in November 2020, when it smelted the last 2,000 tons of steel. 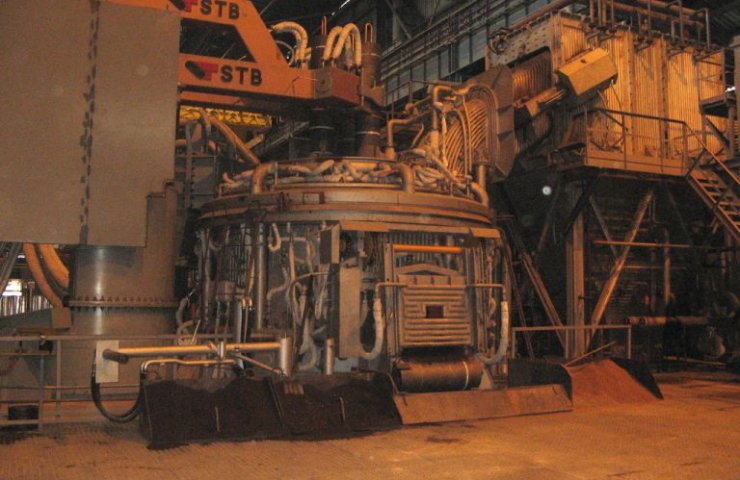 Electrometallurgical plant "Elektrostal" (Kurakhovo, Donetsk region) in January-April of this year stood idle and did not produce continuously cast billets, while in the same period last year it produced 36 thousand tons of such metal products. This was reported to the Interfax-Ukraine agency by a representative of Elektrostal.

The last time the steel was smelted at the plant was in November last year. At the same time, from January to mid-March 2019, the enterprise was completely idle and partially resumed work from mid-March 2020, after which it operated at a third of capacity or less until the fall.

Previously it was reported that the deputy chairman of the parliamentary committee for economic development Dmitry Kisilevsky at a meeting on the functioning of metallurgical enterprises and their provision with scrap metal, held on February 22 this year in the parliamentary committee, organized on the initiative of association of enterprises "Ukrmetallurgprom", noted that due to a shortage of scrap, the modern enterprise "Elektrostal" in Kurakhovo, Donetsk region is idle, urging the state to deal with this problem.

As of the beginning of the second decade of May 2021, prices for shredded ferrous scrap in Turkey exceeded $ 500 per ton. Prices are expected to remain high due to the scarcity of scrap in the market.

Like it was reported , Ukrainian enterprises in January-April 2021 increased the export of ferrous scrap by 7.5 times compared to the same period in 2020 - up to 86.979 thousand tons , including delivering 37.874 thousand tons of scrap in April.

Verkhovna Rada on April 27, 2021 adopted as a whole the law" On Amendments to Section II "Final and Transitional Provisions" of the Law of Ukraine "On Amendments to Certain Laws of Ukraine Concerning Reducing the Deficit of Ferrous Scrap the domestic market ”, which provides for the extension of the export duty in the amount of 58 euros per ton of exported scrap for another five years. The law has not yet been signed by the president.

In 2020, Elektrostal kept the production of continuously cast steel billets at the level of the previous year - 84 thousand tons.