This was discussed at the XXII international scientific and practical online conference "Renewable energy and energy efficiency in the XXI century". 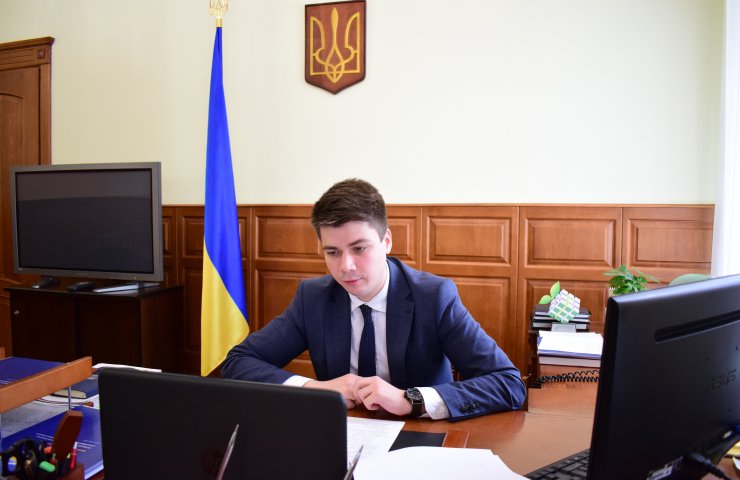 "Green" energy and energy efficiency in Ukraine are the sectors that are developing despite the crisis, said the head of the State Energy Efficiency Agency Kognstantin Gura. According to him, in 2020 alone, numerous "green" projects were introduced, which are estimated at 1.2 billion euros.

In his speech at the XXII international scientific and practical online conference "Renewable energy and energy efficiency in the XXI century" K. Gura noted:

“Today the world has chosen the course of decarbonization, the fight against climate change and its consequences. Among the instruments is the development of green energy and energy efficiency. In this context, science, new discoveries, ideas and projects stimulate progress, which is urgently needed for Ukraine. ”

According to the Communications and Public Relations Department of the State Energy Efficiency Agency, hydrogen is a new round of global energy development in the world. Having significant resources, Ukraine has been identified as a priority partner of the EU in the production and use of hydrogen. According to experts, the potential for the production of "green" hydrogen in the country is 5.5 billion cubic meters per year until 2035. Research conducted jointly with UNECE confirmed Ukraine's capabilities in this area.

"The topic of renewable energy sources, decarbonization and, taking into account our RES capabilities and the potential for the production of" green "hydrogen, changing the model of the Ukrainian economy to an export one, has become not only an economic, but also a political issue and one of the priorities of the Ukrainian leadership", - noted the President of the Energy Association "Ukrainian Hydrogen Council" Alexander Repkin during his welcoming speech.

The rector of NTUU “KPI im. I. Sikorsky "Mikhail Zgurovsky.

Финансовая аналитика, прогнозы цен на сталь, железную руду, уголь и другие сырьевые товары. More news and analytics on Metallurgprom telegram channel - subscribe to get up-to-date market information and price forecasts faster than others.
Сomments
Add a comment
Сomments (0)
On this topic
European Commission: Ukraine should continue investing in renewable energy
Stopped nuclear power plants and mines. What's going on in the energy sector of Ukraine?
State Energy Efficiency of Ukraine noted the priority of the "green" transition
Ukrainian hydrogen for Europe: an image of the future or a soap bubble?
Representatives of Ukraine and the UAE discussed the possibilities of cooperation in the
The development of hydrogen technologies is becoming a national security issue for Ukraine
Recommended:
The abolition of export duty in India may reduce the price of Turkish steel
The state will not support the export of metals from Russia - Ministry of Industry and Trade of the Russian Federation
Russia will allocate more than $700 million for the production of domestic aircraft engines
News Analytics
ArcelorMittal launches flagship carbon capture and recycling project in Belgium08-12-2022, 14:59
The South Korean government "ordered" the striking truckers to return08-12-2022, 11:04
India expands RoDTEP export incentive scheme to steel and iron08-12-2022, 10:28
Volkswagen Anhui's first pre-production NEV rolled off the assembly line08-12-2022, 10:17
Chinese steel exports up 28.2% - customs data07-12-2022, 23:43
Analysts predict 5% annual growth in the iron casting market through 203006-12-2022, 12:44
Commodity prices will fall, metals quotes will rise slightly - Focus Economics28-11-2022, 13:28
Platinum market to face shortage next year - WPIC22-11-2022, 18:25
Global steel demand falls and will fall by 2.3% in 2022: WorldSteel19-10-2022, 23:12
Iron ore prices fall to 11-month low15-10-2022, 10:36
Sign in with: