A spokesman for the PRC Ministry of Commerce said that communication between the two parties is "smooth ". 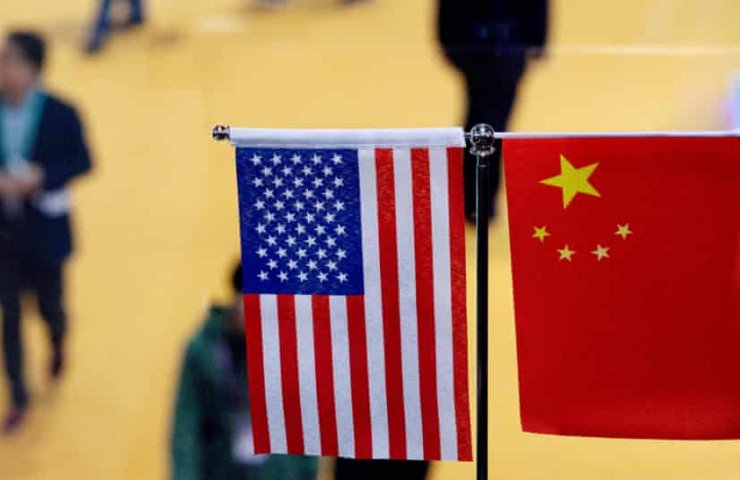 China and the United States have begun to implement normal communication relations on trade and economic issues, agreeing to make joint efforts to practically solve some specific problems, the PRC Ministry of Commerce said on Thursday.

The official representative of the above department Gao Feng, commenting on the recent negotiations between the officials of China and the United States, which took place in the format of videoconferences, said that communication between the two sides began "smoothly ".

Liu He, a member of the Politburo of the CPC Central Committee, Vice Premier of the State Council of the People's Republic of China and head of the Chinese delegation to the Sino-American Comprehensive Economic Dialogue, held video-link talks with US Trade Representative Catherine Tai and US Treasury Secretary Janet Yellen on May 27 and June 2, respectively.

Recommended:
World iron ore prices are already below $ 100 per ton
Low-cost carrier Ryanair plans aggressive expansion in Ukraine
An investment project worth $ 50 million is completed at the Ingulets mining and processing plant
On this topic
US and EU begin negotiations to contain China in the steel market
Gold rises above $ 1,800 an ounce for the first time since February
US Treasury Secretary Calls For Minimum Tax Rates For Different Countries
US and Germany Discuss Reducing Excess Steel Capacities
China and Ukraine held the fourth meeting of the Intergovernmental Commission on Cooperation
American Steel Institute expects aggressive policy from new US Trade Representative
Partner news
Сomments
Add a comment
Сomments (0)
News Analytics
UK to provide £ 220m in aid to metals and food industries22-09-2021, 12:06
Novokramatorsk Machine Building Plant manufactured a lift for a gold mine in22-09-2021, 10:27
German auto giants are betting on hydrogen cars22-09-2021, 10:09
State Enterprise "Ukrhimtransammiak" resumed transportation and delivery of22-09-2021, 10:30
Electricity from wind turbines in Russia may become cheaper than nuclear22-09-2021, 09:53
Moody's changes its outlook for the mining and metals industry from "positive"14-09-2021, 18:39
European steel prices decline from summer highs and remain stable high04-09-2021, 10:38
Rise in European steel prices to dizzying levels finally fizzled out - Bloomberg27-08-2021, 13:18
Gold continues to be the most efficient portfolio asset - WGC26-08-2021, 12:38
Falling iron ore prices caught Wall Street by surprise - WSJ23-08-2021, 13:57
Sign in with: