US plans to fundamentally change the rules of international steel trade

Commerce Secretary Gina Raimondo and US Trade Representative Catherine Tai said they want to make the global steel trade dependent on the "cleanliness" of its production. 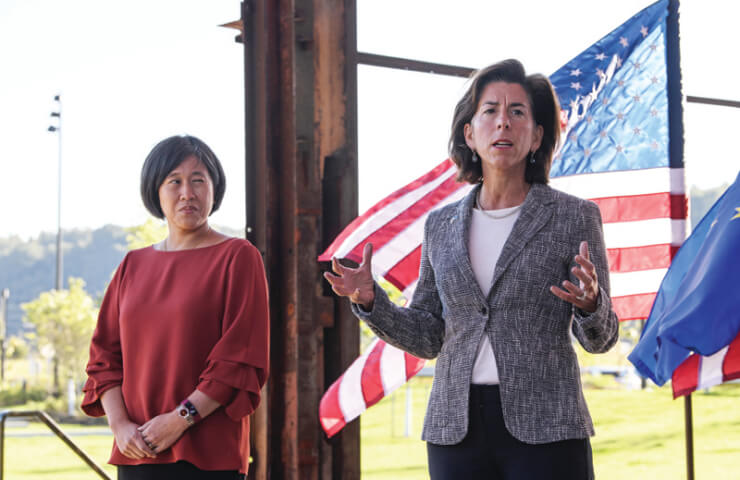 New trade barriers and preferences in international steel trade will be based on carbon emissions from its manufacturer, says Joint Statement by Secretary of Commerce Gina Raimondo and US Trade Representative Katherine Tai.

“The United States produces some of the cleanest steels in the world, and China produces some of the dirtiest. By updating trade rules for the 21st century in a way that encourages cleaner steel and aluminum production, we can both promote decarbonization and ensure that our steel industry and workers benefit from their cleaner production by ensuring the competitiveness of American steel and aluminum. industry for decades to come, "- said in a document published on the website of the US Department of Commerce on Monday evening.

US officials highlighted the importance of the recently concluded steel and aluminum deal with the European Union, saying the quotas thus imposed would help reduce skyrocketing metal prices for American consumers, while protecting America's industry and workers.

“The United States will allow sufficient quantities of steel and aluminum to be imported from the EU, ensuring that these products are produced entirely in the EU. This agreement is a huge win for American workers, farmers, businesses, families and the environment. This will protect well-paid union jobs, lower prices for consumers, keep us competitive and cut emissions, ”the statement said.

Recall that the previous administration in Washington imposed high duties on steel and aluminum not only for China, but also for its own NATO allies and partners in international politics. These tariffs were a huge irritant for European officials. The European Commission planned to introduce retaliatory tariffs of up to 50% of the cost for iconic American companies such as Harley Davidson, Levi 's Jeans and Kentucky Bourbon, which will take effect on December 1, which would jeopardize millions of jobs across the country.