The Governor of the Poltava region announced that he would initiate a meeting with the new Minister of Infrastructure and the leadership of Ukrzaliznytsia, stressing that this is the first step that they must take together with KVSZ. 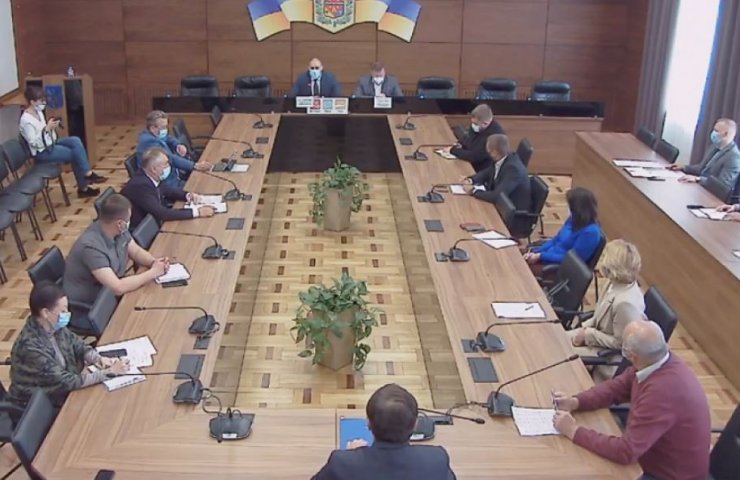 “At the beginning of the year, a tender was announced for passenger cars, which were planned to be purchased for budget money, but it never took place. Now it is necessary to conduct a negotiation procedure and start deliveries this year, "he said during a meeting between the Governor of Poltava Region Oleg Sinegubov and the heads of industrial enterprises of the region.

A. Peryshkin, in particular, said that there are many beautiful performances from different tribunes, but the matter does not reach real steps. 10 years ago there were 18 car-building enterprises in Ukraine, and today there are only 2-3. It's hard to say how long the safety margin will last.

He also drew attention to the fact that due to insufficient workload, the salary of KVSZ employees fell, and contributions to the budgets of all levels decreased. There is an outflow of qualified personnel.

Over the past year, the production output has decreased by 3 times. This year, 586 freight cars were produced in Ukraine as a whole, while in 2011 - 10 thousand only at KVSZ. The situation in the industry is critical, A. Peryshkin summed up.

Финансовая аналитика, прогнозы цен на сталь, железную руду, уголь и другие сырьевые товары. More news and analytics on Metallurgprom telegram channel - subscribe to get up-to-date market information and price forecasts faster than others.
Сomments
Add a comment
Сomments (0)
On this topic
Ferrexpo has achieved removal of arrest from shares of Poltava GOK
Elon Musk contracted coronavirus, but doubts the reliability of the tests
The operator of the gas transport system of Ukraine has concluded agreements with all connecting
Saudi Arabia plans to sequester budget by 20% to win a price war in the oil market
Kiev Court of Appeal froze operations with shares of Ferrexpo Poltava Mining
District court of Kyiv imposed a new restriction for 50.3% of Ferrexpo Poltava Mining
Recommended:
China's Hainan Province to ban internal combustion engines by 2030
Chinese scientists discover previously unknown mineral in lunar soil samples
Ukraine's foreign exchange earnings from the export of ferrous metals decreased by $4 billion
News Analytics
The production of passenger cars in Russia decreased by 2.8 times in eight29-09-2022, 11:19
Donetsk and Torez electrotechnical plants will start producing electrical29-09-2022, 11:37
Ukrainian coking plants reduced gross coke production by 55.2%29-09-2022, 11:28
China ramps up investment in transport to bolster economy29-09-2022, 11:33
The heads of mining companies named the main risks for business29-09-2022, 10:03
China production cuts in winter will give limited boost to steel markets -15-09-2022, 10:09
Steel prices may rise as manufacturers stop production11-09-2022, 14:06
IREPAS: The global long products market is in a "dramatic situation"10-09-2022, 20:49
Steel prices are unlikely to rise significantly in the near future - analysts02-09-2022, 22:58
Steel prices may move up on new data from China31-08-2022, 12:19
Sign in with: