The draft Law of Ukraine was developed with the aim of increasing criminal liability for interference in the activities of railway transport. 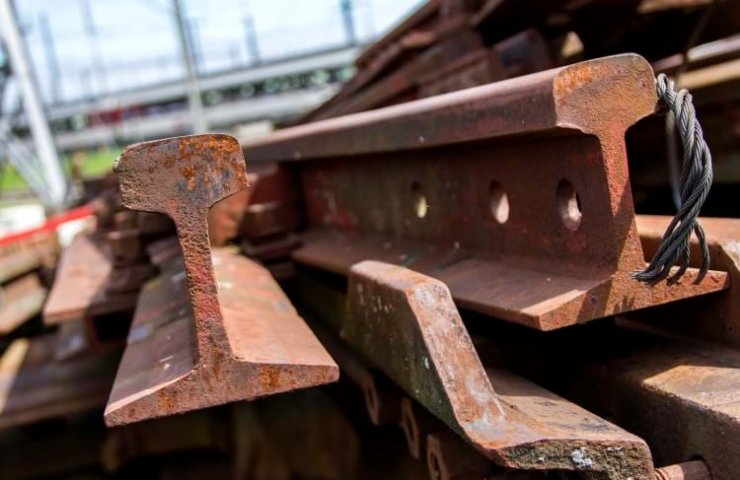 The Ministry of Infrastructure of Ukraine published the bill "On Amendments to the Criminal Code of Ukraine and the Law of Ukraine" On Scrap Metal "regarding the strengthening of liability for interference in the activities of railway transport.

The draft law proposes to strengthen criminal liability for violation of legislation in the field of railway transport, and it will also contribute to the inevitability of bringing persons who have committed such offenses to justice and protecting property from unlawful encroachments.

In particular, the draft law provides for the possibility of accepting for scrap elements of railway transport only from business entities, and only if there is a copy or extract from the act on writing off such property from the balance sheet and documents confirming its use in economic activity. >

As noted in the Ministry of Infrastructure of Ukraine, over the past few years, the security situation in railway transport has deteriorated significantly, including due to the illegal collection of scrap metal.

According to statistics, only half of such interventions are classified as crimes. And only a small number of illegal interference in the activities of railway transport comes to the consideration of the courts and the issuance of an appropriate decision.

“Today, the militarized security by itself is not able to overcome illegal actions associated with encroachments on the safe operation of railway transport, which pose a threat to the life and health of people, property damage and the like. In this case, the main objects of the offense are freight cars, the railway, automatic control of train traffic and communications, as well as devices and equipment made of ferrous and non-ferrous metals. This leads to the creation of hazardous situations, disruption of the stable operation of railway transport, failure to comply with train schedules and other negative consequences, from which the whole society suffers in the future, ”the ministry said.

Финансовая аналитика, прогнозы цен на сталь, железную руду, уголь и другие сырьевые товары. More news and analytics on Metallurgprom telegram channel - subscribe to get up-to-date market information and price forecasts faster than others.
Сomments
Add a comment
Сomments (0)
On this topic
The Verkhovna Rada of Ukraine supported the withdrawal of the scrap metal market out of the shadows
Ukraine detensive the scrap metal market in the spring
The State Geological Survey of Ukraine has developed an algorithm of actions in the event of
The Venice Commission has recommended Ukraine to protect Russian to change language law
For illegal mining in Ukraine, you can now go to prison for 8 years
There are already 779 enterprises in Ukraine that officially carry out operations with scrap metal
Recommended:
Carriage building plant in Kremenchug stopped production due to debts
European steel price rise that began in January will be short-lived - MEPS
European stainless steel producers ready to raise prices
News Analytics
Eurofer expects EU steel demand to fall 4.6% in 2022 and 1.6% in 202305-02-2023, 13:31
EU Green Deal should encourage investment in mild steel projects: Eurofer02-02-2023, 16:32
Belarusian steel plant to operate at full capacity from February02-02-2023, 16:56
British Steel considers cutting up to 1,200 jobs at Scunthorpe02-02-2023, 11:50
Electric vehicles will play a key role in US aluminum production growth - Norsk01-02-2023, 12:17
European stainless steel producers ready to raise prices31-01-2023, 16:16
S&P: Russia will continue to dominate the steel export market in the Black05-01-2023, 11:22
Fitch Analysts Predict Big Drop in Global Steel Consumption This Year14-12-2022, 13:59
Analysts predict 5% annual growth in the iron casting market through 203006-12-2022, 12:44
Commodity prices will fall, metals quotes will rise slightly - Focus Economics28-11-2022, 13:28
Sign in with: