EU Leaders made a political decision on the continuation of economic sanctions against Russia. 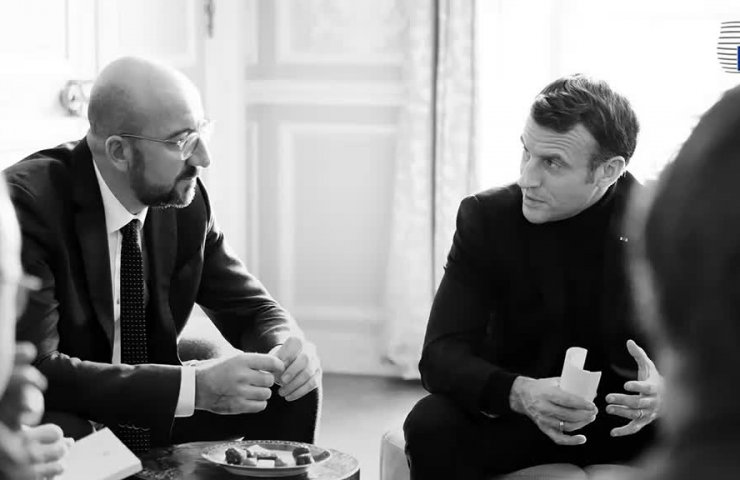 the European Union has extended economic sanctions against Russia by six months until January 31, 2021, announced today, the European Council.

the leaders of the EU agreed to extend sanctions at the summit on June 19 after discussion of the status of the Minsk agreements in place to ensure the peaceful settlement in Eastern Ukraine after Russia's annexation of Crimea in 2014.

“Given that full implementation was not yet achieved, EU leaders made a political decision to extend economic sanctions against Russia”, - stated in the message of the European Council.

These restrictive measures were originally introduced in 2014, as a result of the destabilizing action of Russia against Ukraine and focused on the financial, energy and defense sectors, as well as dual-use items.

Sanctions restrict the access of some Russian banks and companies to the primary and secondary markets of the EU and prohibit financial support and mediation for Russian financial institutions. These measures also prohibit the direct or indirect import, export or transfer of all equipment associated with the defense and banned dual-use items that can have military use or can be used by military end users in Russia.

Финансовая аналитика, прогнозы цен на сталь, железную руду, уголь и другие сырьевые товары. More news and analytics on Metallurgprom telegram channel - subscribe to get up-to-date market information and price forecasts faster than others.
Сomments
Add a comment
Сomments (0)
On this topic
The European Union extended sanctions against Russia for six months
Reuters: EU to extend sanctions against Russia imposed over the annexation of Crimea
Trump vetoed US defense budget with sanctions against Nord Stream 2
The Swiss-Dutch company Allseas stopped the construction of the "Nord stream-2"
How the reform of the electricity market in Ukraine can lead to a collapse and what to do about it
The Supreme court of the European Union upheld sanctions against VTB Bank
Recommended:
European stainless steel producers ready to raise prices
JSW Steel, ArcelorMittal and NLMK may buy two Liberty Steel plants in Belgium
Electric vehicles will play a key role in US aluminum production growth - Norsk Hydro
News Analytics
EU Green Deal should encourage investment in mild steel projects: Eurofer02-02-2023, 16:32
Belarusian steel plant to operate at full capacity from February02-02-2023, 16:56
British Steel considers cutting up to 1,200 jobs at Scunthorpe02-02-2023, 11:50
Electric vehicles will play a key role in US aluminum production growth - Norsk01-02-2023, 12:17
The former president of Motor Sich was accused of aiding terrorists01-02-2023, 11:39
European stainless steel producers ready to raise prices31-01-2023, 16:16
S&P: Russia will continue to dominate the steel export market in the Black05-01-2023, 11:22
Fitch Analysts Predict Big Drop in Global Steel Consumption This Year14-12-2022, 13:59
Analysts predict 5% annual growth in the iron casting market through 203006-12-2022, 12:44
Commodity prices will fall, metals quotes will rise slightly - Focus Economics28-11-2022, 13:28
Sign in with: