The Japanese corporation plans to get acquainted in detail with Ukrainian legislation, as well as UNECE research on the production and use of hydrogen in Ukraine. 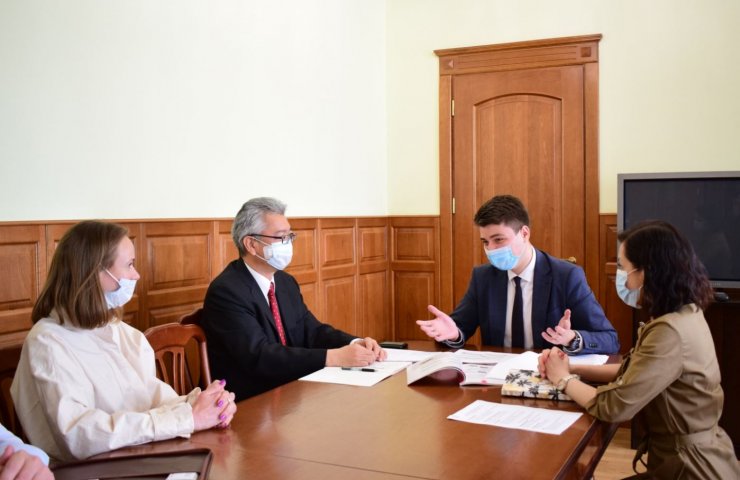 Konstantin Gura, acting Chairman of the State Energy Efficiency Agency, held a meeting with the Chairman of the Marubeni Corporation office in Ukraine Ashitani Yasuhiro, with whom he discussed the possibilities of Ukrainian-Japanese partnership.

As you know, "Marubeni" is one of the largest and most famous Japanese corporations. It has over 130 branches in 68 countries around the world. Energy occupies an important place in the broad profile of the company, incl. renewable energy sources. The company also does not lose interest in the Ukrainian market in this area.

In turn, Konstantin Gura said that Ukraine, like the entire progressive world, is heading towards decarbonization of the economy. Therefore, the development of energy efficiency and green energy remains a priority. And there are enough resources and opportunities for this.

The parties paid special attention to the prospects of such areas as bioenergy and hydrogen energy.

“The average annual production of“ green ”hydrogen in Ukraine may be at least 5.5 billion cubic meters by 2030. At the same time, our country has another advantage - one of the largest gas transmission systems in Europe. This potential for the production and use of hydrogen in Ukraine is also confirmed by the results of a study carried out jointly with UNЕCE ", - K. Gura explained.

Recommended:
Denmark withdrew permission to build a gas pipeline from Norway to Poland
Zlatoust Metallurgical Plant spoke about new types of mastered metal products
BHP Billiton instigates miners' revolt by banning them from drinking a lot of beer at night
On this topic
Ukrainian and German companies agreed to cooperate in the field of "green" hydrogen
State Energy Efficiency together with UNECE and stakeholders discussed the possibilities of
A draft National Energy Efficiency Action Plan appeared in Ukraine
European Commission: Ukraine should continue investing in renewable energy
Stopped nuclear power plants and mines. What's going on in the energy sector of Ukraine?
Qatar will help Ukraine with recycling waste into energy
Add a comment
Сomments (0)
News Analytics
Energoatom approved Electrotyazhmash as a supplier of turbine generators for16-06-2021, 14:57
Representatives of Ukraine and Germany discussed the prospects for cooperation16-06-2021, 10:49
Vestas and DTEK RES signed an agreement for the supply of wind turbines for the16-06-2021, 10:45
SSAB agrees with Volvo to supply and refine HYBRIT decarbonized steel16-06-2021, 10:40
Energomashspetsstal manufactured blanks for reactor equipment parts for16-06-2021, 09:38
Vaccinations fuel demand for platinum - World Platinum Investment Council08-06-2021, 12:55
Sharp price growth continues in the rolled metal market - Ukrpromvneshexpertiza08-06-2021, 11:04
Analysts note overheating of the global scrap metal market01-06-2021, 13:28
Hydrogen-fueled steelmaking could be competitive after 2050 - McKinsey19-05-2021, 14:22
Steel raw material prices are skyrocketing across the board18-05-2021, 12:34
Sign in with: