The underwater railway tunnel aims to turn Helsinki and Tallinn into a single metropolis. 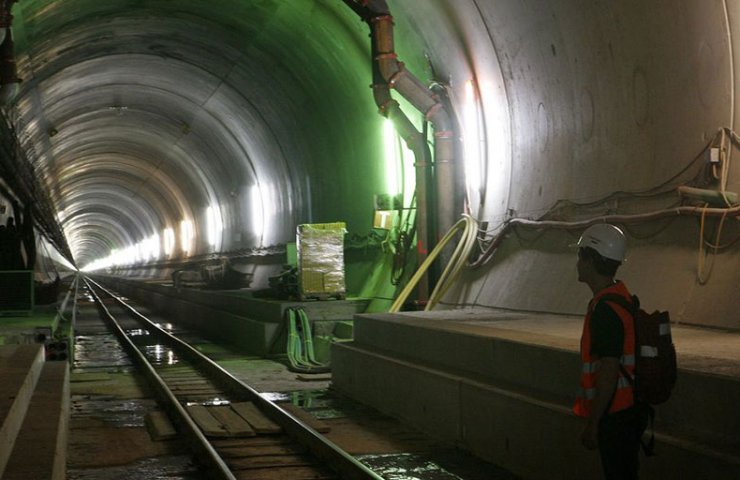 Like informs Euronews, Finland and Estonia have signed a protocol on the construction of a railway tunnel under the Gulf of Finland, which will connect the capitals of these countries. The corresponding project has been discussed for several years. The length of the route will be 103 kilometers, the cost of the work is estimated at $ 20 billion. It is claimed that construction may be completed by the end of 2024.

Currently, the capitals are connected only by ferry service, and the project is aimed at uniting the two cities into a single metropolis. The project is privately funded and will take about two years.

“The tunnel, of course, is long, but we are very lucky that there are excellent geological conditions - hard rock, granite all the way from Helsinki to Tallinn. And technically it shouldn't be that hard, although of course you never know what you'll stumble upon. But we believe we will be able to drill very quickly using the new plasma drilling technology - this speeds up the process tenfold. Innovation will be applied, ”explains Peter Westerbacka, founder and executive chairman of FinEst Bay Area Development, who is leading the project.

Finest Bay's Vesterbacka is best known for his role in the creation of the mobile game Angry Birds a few years ago. He said that the construction of a tunnel connecting the Finnish region of Helsinki with Tallinn, Estonia, would provide jobs for 30,000 people annually for six years. According to the company, about 24,000 of these workers will be from Finland.

It is planned to build two tunnels - for freight and passenger trains. An artificial island is planned to be built in the Gulf of Finland. Supporters of the project argue that it will contribute to the economic development of both countries, but many observers have expressed doubts about the profitability of the structure.

Финансовая аналитика, прогнозы цен на сталь, железную руду, уголь и другие сырьевые товары. More news and analytics on Metallurgprom telegram channel - subscribe to get up-to-date market information and price forecasts faster than others.
Сomments
Add a comment
Сomments (0)
On this topic
Stopped nuclear power plants and mines. What's going on in the energy sector of Ukraine?
Yuzhmash told whether it is possible to launch reusable rockets from the Black Sea
How the reform of the electricity market in Ukraine can lead to a collapse and what to do about it
Tallinn plans to create a green hydrogen hub in the Baltic
Is the German auto industry preparing for a collapse?
Relentless degradation of the coal industry. Close Ukrainian mines?
Recommended:
Australia and the UK aim to catch up and overtake China in the battery metal sector
Mining enterprises of Ukraine reduced the export of iron ore by 38.9%
Russia will allocate more than $700 million for the production of domestic aircraft engines
News Analytics
Australia and the UK aim to catch up and overtake China in the battery metal26-11-2022, 22:37
The United States imposed a ban on the import and sale of equipment from26-11-2022, 22:31
The pipe metallurgical plant in Nikopol continued to work after a short stop26-11-2022, 22:52
The state will not support the export of metals from Russia - Ministry of25-11-2022, 13:18
ArcelorMittal Kryvyi Rih suspends production due to shelling of energy25-11-2022, 12:04
Platinum market to face shortage next year - WPIC22-11-2022, 18:25
Global steel demand falls and will fall by 2.3% in 2022: WorldSteel19-10-2022, 23:12
Iron ore prices fall to 11-month low15-10-2022, 10:36
China production cuts in winter will give limited boost to steel markets -15-09-2022, 10:09
Steel prices may rise as manufacturers stop production11-09-2022, 14:06
Sign in with: