The first train from Europe to China brought 82 Audi A8Ls

The number of flights operated within the China-Europe freight railroad has exceeded 40 thousand, and the value of the transported goods amounted to more than 200 billion US dollars. 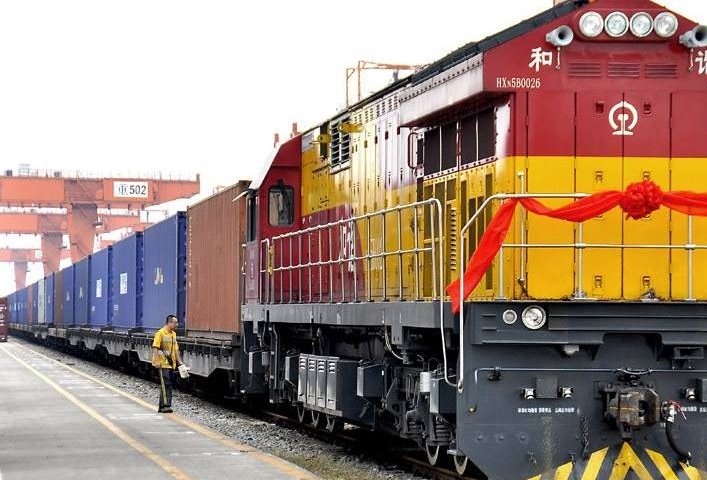 A train laden with 82 Audi A8Ls worth over RMB 32 million (about US $ 4.95 million) left Germany's industrial city of Duisburg about 20 days ago. The vehicles will be delivered to Sichuan, Guizhou, Shaanxi and other western regions of China.

“One to two special freight trains carrying Audi vehicles will arrive in Chongqing every week, with the first batch expected to carry more than 2,000 vehicles worth over RMB 800 million,” said an official from the Comprehensive Bonded Zone. Chongqing "Xiyun" Pei Lei.

The China-Europe railway route will reduce the transport time for vehicles to about 15 days, while it took more than two months for cargo transportation by sea.

Since the first China-Europe freight train departed from central Chongqing in March 2011, routes have been opened linking the city to more than 160 cities in 22 European countries, the Office of the Support Steering Group said. development of the "Belt and Road".

Финансовая аналитика, прогнозы цен на сталь, железную руду, уголь и другие сырьевые товары. More news and analytics on Metallurgprom telegram channel - subscribe to get up-to-date market information and price forecasts faster than others.
Сomments
Add a comment
Сomments (0)
On this topic
Denmark gave the green light to Nord stream-2
The Consul General of Germany said about the selectivity of approach to the solution of
British auto industry will lose 50 billion pounds if the country leaves the EU without a deal
8 people were killed and one injured as a result of the release of coal and gas at a coal mine in
United Global Logistics (United Global Logistic LLC, hereinafter UGL) launched a container terminal
Auto giants FAW and Audi launch joint EV project in China
Recommended:
The European Commission has approved 5.2 billion euros of state support for another massive hydrogen project
Coal production in China increased by 11% in January-August
Ferroalloy enterprises of Ukraine in total reduced output by 27.6%
News Analytics
The production of passenger cars in Russia decreased by 2.8 times in eight29-09-2022, 11:19
Donetsk and Torez electrotechnical plants will start producing electrical29-09-2022, 11:37
Ukrainian coking plants reduced gross coke production by 55.2%29-09-2022, 11:28
China ramps up investment in transport to bolster economy29-09-2022, 11:33
The heads of mining companies named the main risks for business29-09-2022, 10:03
China production cuts in winter will give limited boost to steel markets -15-09-2022, 10:09
Steel prices may rise as manufacturers stop production11-09-2022, 14:06
IREPAS: The global long products market is in a "dramatic situation"10-09-2022, 20:49
Steel prices are unlikely to rise significantly in the near future - analysts02-09-2022, 22:58
Steel prices may move up on new data from China31-08-2022, 12:19
Sign in with: