Strong political relations and strategic partnership are developing between the Republic of Turkey and Ukraine, and the next steps should be deepening relations in the economic sphere, the Deputy Minister of Trade of Turkey said. 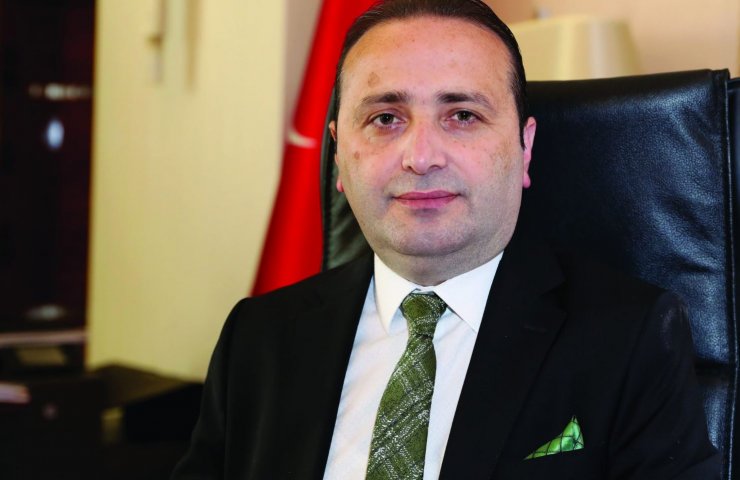 Turkey is one of the largest investors in Ukraine, and Turkish business is considering investing in renewable energy, pharmaceutical and telecommunications industries, said Deputy Minister of Trade of the Turkish Republic Mustafa Tuzcu.

“In recent years, we have had a good trade balance of $ 5 billion. USA. Thanks to the signing of the Free Trade Agreement, it could double to $ 10 billion. Turkey is one of the largest investors in Ukraine, and Turkish business sees opportunities for itself in investments in renewable energy, pharmaceuticals and telecommunications. The free trade agreement is not only a guarantee of deepening our economic relations, but also an impetus for the development of the economies of our countries, ”said Mustafa Tuzcu during a regular consultation between the Ukrainian and Turkish delegations within the framework of negotiations on signing a free trade agreement between the countries.

“Now the Government of Ukraine is introducing a number of measures to revive the economy. We also want to reorient our economy - to export not raw materials, but finished products. Once such a policy was implemented with the processing of sunflower seeds and now Ukraine is the leader in the export of sunflower oil in the world ", - said Alexey Lyubchenko.

Also, according to him, industrial parks with all the infrastructure have been created in Ukraine for business development, laws and regulations have been adopted that give the green light for investment, and the main points of economic growth have been identified.

“The most important thing for us is job creation and GDP growth. Ukraine is open for cooperation and investment, so the Ukrainian side will make efforts to finalize the process of signing the Free Trade Agreement with Turkey, ”said the First Vice Prime Minister - Minister of Economy of Ukraine.

Also during the meeting, the participants discussed measures to support the economies during the quarantine period, especially protecting the interests of certain sectors of the economy, reorienting export policy, and the like.

Recall that the Federation of Automobile Manufacturers of Ukraine strongly objected to Free Trade with Turkey, noting that the signing of an agreement on a free trade zone with Turkey would almost completely stop the development of the country's machine-building industry.

“Given the unequal potential of the two countries in the field of automobile manufacturing and sales of their own products, as well as a significant drop in production volumes at domestic automobile manufacturing enterprises, the lack of systematic state support for investors in Ukraine, the growing influence of vehicle imports on the balance of payments of Ukraine as a whole and on the domestic the auto industry in particular, it is necessary to take into account the current economic situation and interests of domestic automakers and abandon the liberalization of the already rather soft conditions for access to the Ukrainian market of motor vehicles of commodity items 8603, 8702, 8703, 8704 according to UKTVED, spare parts and components for them, " Federation.

Финансовая аналитика, прогнозы цен на сталь, железную руду, уголь и другие сырьевые товары. More news and analytics on Metallurgprom telegram channel - subscribe to get up-to-date market information and price forecasts faster than others.
Сomments
Add a comment
Сomments (0)
On this topic
Ukrainian industrial associations have announced the threat of a secret agreement with Turkey
How can integrated subsoil use objects help the development of raw materials exports in Ukraine?
Stopped nuclear power plants and mines. What's going on in the energy sector of Ukraine?
How the reform of the electricity market in Ukraine can lead to a collapse and what to do about it
In the "green energy" Ukraine invested $ 5 billion Prime Minister Goncharuk
The first domestic industrial energy storage system was developed and launched in Ukraine
Recommended:
Analysts confident of significant growth in global demand for galvanized steel
Nucor Rolls First Steel Sheet at New Kentucky Steel Plant
Taiwan bans stainless steel exports to Russia and Belarus
News Analytics
War in Ukraine to accelerate world economy transition to clean energy - BP30-01-2023, 11:49
ArcelorMittal invests $120m in US green steel company30-01-2023, 11:11
The United States refused to comply with the decision of the WTO on tariffs on29-01-2023, 20:08
China remains the world leader in shipbuilding with a 50% share of new shipyard29-01-2023, 12:35
Prices for metal products in Ukraine increased by 26% last year29-01-2023, 12:06
S&P: Russia will continue to dominate the steel export market in the Black05-01-2023, 11:22
Fitch Analysts Predict Big Drop in Global Steel Consumption This Year14-12-2022, 13:59
Analysts predict 5% annual growth in the iron casting market through 203006-12-2022, 12:44
Commodity prices will fall, metals quotes will rise slightly - Focus Economics28-11-2022, 13:28
Platinum market to face shortage next year - WPIC22-11-2022, 18:25
Sign in with: