Energoatom's debt to Turboatom has grown to almost one billion hryvnia

Turboatom JSC appealed to the Prime Minister of Ukraine Denis Shmyhal with a request to facilitate the solution of difficult financial relations between two Ukrainian companies that ensure the security and independence of the energy system of Ukraine: Turboatom JSC and State Enterprise NNEGC Energoatom. 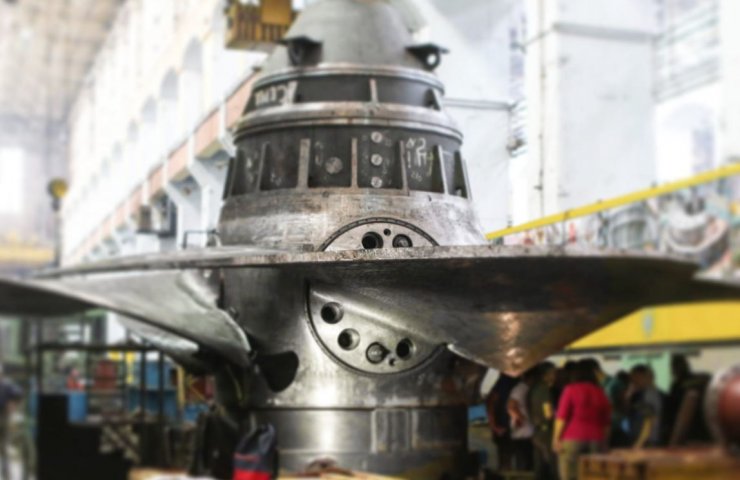 The letter says about the debt of SE NNEGC "Energoatom" to JSC "Turboatom" in this connection, the Kharkiv enterprise is forced to start claim work regarding debts under contracts with SE "NAEK" Energoatom ".

Due to the critical level of accounts receivable, the enterprise is unable to pay wages and pay taxes to the state and the city, purchase blanks and materials for the timely manufacture of products, and urgently ship the manufactured capacitor modules for unit 5 of the Zaporizhzhya NPP to the amount of UAH 66.0 million.

“We are forced to note that our repeated appeals to the management of the State Enterprise“ NNEGC “Energoatom” with a request to gradually pay off the existing debt did not yield significant results, as evidenced by the total payment during 2021 in the amount of only 95.0 million hryvnias. It should be noted that during the same period, Turboatom shipped equipment for nuclear power plants worth over UAH 368 million, ”the letter says.

Recommended:
Ukraine will increase steel production in 2021 by 6% to 22 million tons - Ministry of Economy
Electric car maker Rivian raises another $ 2.5 billion in private investment
The first domestic industrial energy storage system was developed and launched in Ukraine
On this topic
Turboatom will supply a new power unit condenser to Zaporizhzhya NPP
Energoatom ordered a condenser from Turboatom worth 0.5 billion hryvnia for Zaporizhzhya NPP
Uranium problems: Ukraine may lose its own production
Metinvest closes its first securitization deal
The Ministry of Energy of Ukraine announced the inadmissibility of the privatization of Energoatom
Pavlisin: Energoatom may face a shortage of funds for payment of taxes and salaries
Partner news
Сomments
Add a comment
Сomments (0)
News Analytics
Workers of Novokramatorsk Machine-Building Plant vaccinated with American27-07-2021, 15:01
Kharkov plant "Turboatom" can be renamed to "Ukrainian power machines"27-07-2021, 15:33
At least one person died and four went missing in an explosion at a chemical27-07-2021, 15:25
A powerful explosion thundered at the Bayer chemical plant in the German city27-07-2021, 12:56
Steel raw materials prices decline in all regional markets27-07-2021, 11:57
Steel raw materials prices decline in all regional markets27-07-2021, 11:57
On the regional markets of metallurgical products, prices are balancing in a22-07-2021, 16:22
Demand for armaments will ensure a stable growth of armored steel sales by 4%20-07-2021, 10:10
Protectionist Measures Support European Steel Prices Despite Summer Lull19-07-2021, 11:02
Positive price growth is observed in the markets for metallurgical products16-07-2021, 14:12