Kharkov plant "Turboatom" can be renamed to "Ukrainian power machines"

Accordingly, it is proposed to amend the Charter and internal regulations of the company (in particular, the regulation on the principles of forming the company's supervisory board). 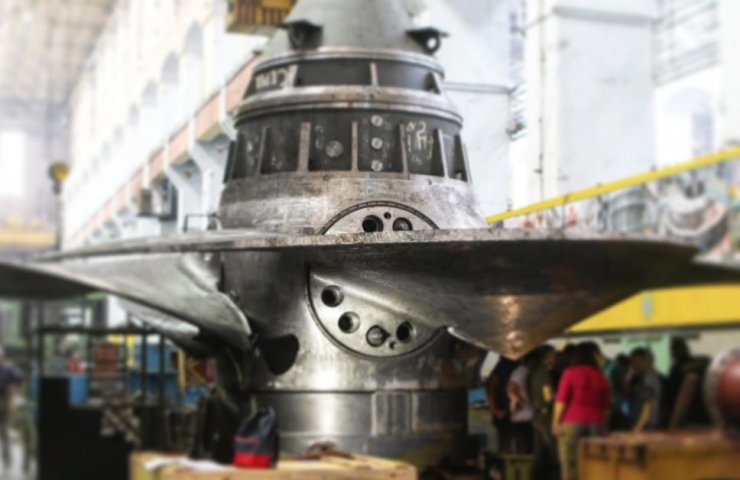 The State Property Fund (SPF) of Ukraine on August 27 initiates an extraordinary meeting of shareholders of Turboatom JSC, at which it submits the issue of joining the Electrotyazhmash plant (both are located in the city of Kharkov). In addition, the shareholders were asked to change the name of Turboatom JSC to Ukrainian Energy Machines JSC.

Currently, the Kharkov plant "Electrotyazhmash" is a 100% state-owned enterprise. The state share in Turboatom is 75.22%.

The agenda of the shareholders' meeting of Turboatom JSC also includes issues of approving the market value of the company's shares.

According to the draft decision, it is planned to approve the market value of shares of JSC "Turboatom", determined by the appraiser elected by the extraordinary meeting of shareholders on August 20, in the amount of 1.95 hryvnia per share.

Turboatom is the only Ukrainian manufacturer of turbine equipment for hydro, thermal and nuclear power plants. The geography of supplies of the enterprise covers 45 countries of Europe, Asia, America and Africa.

General Director of JSC "Turboatom" Viktor Subbotin this spring announced a critical situation and the actual stop of his partner - "Electrotyazhmash", and the possibility of disruption in this regard contracts "Ukrhydroenergo" financed by the EBRD and the EIB.

Recommended:
A pilot project for storing hydrogen in underground gas storages starts in the Luhansk region of Ukraine
The President of the European Commission announced the beginning of the era of hypercompetitiveness
About 20,000 tons of coal disappeared at mines in Lviv: the Ministry of Energy appealed to the police
On this topic
The structures of the Russian billionaire Mordashov blocked the payment of dividends at Turboatom
Dmitry Firtash regained the right to purchase a 51% stake in the Zaporozhye Titanium and Magnesium
Vadim Novinsky was informed about corruption schemes in strategic energy companies
Electrotyazhmash announced the end of the crisis period and the beginning of recuperation
Trade unions demand from Zelensky to pay attention to the situation with the Zaporizhzhya
At Turboatom presented the achievements of the economy of Ukraine in the last 100 days
Partner news
Сomments
Add a comment
Сomments (0)
News Analytics
State Environmental Inspection filed claims against ArcelorMittal Kryvyi Rih in17-09-2021, 10:28
US Steel will build an electrometallurgical plant with a capacity of 3 million17-09-2021, 10:48
Airbus begins designing a hydrogen-powered aircraft17-09-2021, 10:06
There are already 779 enterprises in Ukraine that officially carry out17-09-2021, 09:16
Low-cost carrier Ryanair plans aggressive expansion in Ukraine16-09-2021, 21:34
Moody's changes its outlook for the mining and metals industry from "positive"14-09-2021, 18:39
European steel prices decline from summer highs and remain stable high04-09-2021, 10:38
Rise in European steel prices to dizzying levels finally fizzled out - Bloomberg27-08-2021, 13:18
Gold continues to be the most efficient portfolio asset - WGC26-08-2021, 12:38
Falling iron ore prices caught Wall Street by surprise - WSJ23-08-2021, 13:57
Sign in with: