Ukraine purchased diesel fuel from Spain for the first time

30 thousand tons of Spanish fuel went on the tanker Histria Giada to the Ukrainian port of Nikolaev. Previously, Ukraine did not purchase diesel fuel from Spain. 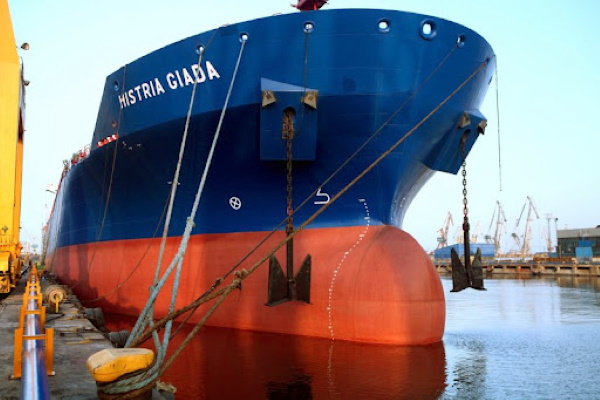 Trading company Coral Energy will ship to Nikolaev 30 thousand tons of Spanish diesel fuel produced by an oil refinery located in the Andalusian city of Huelva, owned by Cepsa, according to market participants and analytical company Vortexa.

This is the first supply of motor fuel from Spain to the Ukrainian market. Previously, only Spanish bitumen was imported into the country.

The diesel fuel was loaded on the tanker Histria Giada (dwt - 40.5 thousand tons) in the port of Huelva, from which Columbus once set out to conquer America.

The ordered volume of fuel will be delivered to Ukraine through the Oil Transhipment terminal at the end of this week - early next week. Several Ukrainian companies will buy diesel fuel.

In January-June, imports of marine diesel fuel consignments to the Ukrainian market increased by 5.1 thousand tons compared to the same period last year, to 415.3 thousand tons, according to customs statistics.