The government of Ukraine will stimulate car and locomotive building programs 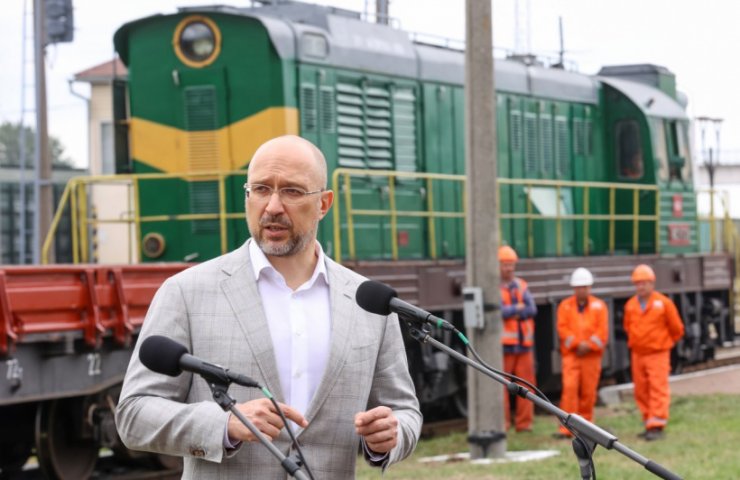 Development of high-quality railway communication and renewal of Ukrzaliznytsia rolling stock is one of the priorities of the Government of Ukraine. This was stated by Prime Minister Denis Shmygal during a press briefing as part of a working trip to the Cherkasy region on August 6.

According to the head of government, the development of railway communication is important not only to ensure the comfort of passengers, but also in the context of economic development and support for domestic producers.

“We will stimulate our own carriage and locomotive building programs in Ukraine. Ukrzaliznytsia needs a new rolling stock, ”added the Prime Minister.

The head of government said that in order to reduce the load on roads, it is necessary to gradually transfer freight traffic to rail and river transport. According to the Prime Minister, the development of the railway and river infrastructure will reduce the load on the roads.

Recommended:
Kherson shipyard has completed the contract for the modernization of series 6 of the Dutch fires Eems Werken
Bill Gates Raises Over $ 1 Billion To His Clean Energy Fund
thyssenkrupp Steel purchases the world's first carbon-free lime for steelmaking
On this topic
The Prime Minister of Ukraine told the President of the Bundesrat about investment projects in
The Ukrainian government will close two coal mines in Donetsk and Lviv regions
Zaporizhstal exported about 900 thousand tons of rolled metal along the Dnieper
Новые правила ограничения сроков эксплуатации грузовых вагонов стали результатом уступок
ArcelorMittal Kryvyi Rih became a participant of the round table "Ukrzaliznytsia" with the main
Vladimir Zelensky invited to adopt a programme of industry support of Ukraine
Partner news
Сomments
Add a comment
Сomments (0)
News Analytics
Free access to data on special permits for the use of subsoil was opened in28-09-2021, 18:27
Zaporozhye iron ore plant modernized crushing and sorting plant28-09-2021, 16:48
The development of industrial parks will allow to completely restart the28-09-2021, 16:19
Ukrainian Foreign Ministry summoned the Hungarian Ambassador over an agreement28-09-2021, 12:43
ArcelorMittal to Build a Billion Euro Waste Blast Furnace in Belgium28-09-2021, 12:16
Oil prices to surpass $ 90 by year end due to shortages - Goldman Sachs27-09-2021, 10:58
Moody's changes its outlook for the mining and metals industry from "positive"14-09-2021, 18:39
European steel prices decline from summer highs and remain stable high04-09-2021, 10:38
Rise in European steel prices to dizzying levels finally fizzled out - Bloomberg27-08-2021, 13:18
Gold continues to be the most efficient portfolio asset - WGC26-08-2021, 12:38
Sign in with: