The island nation's president, Gotabay Rajapaksa, on Monday declared a state of emergency due to the currency crisis, seeking to ensure the supply of basic foodstuffs such as sugar and rice to the population at fair prices. 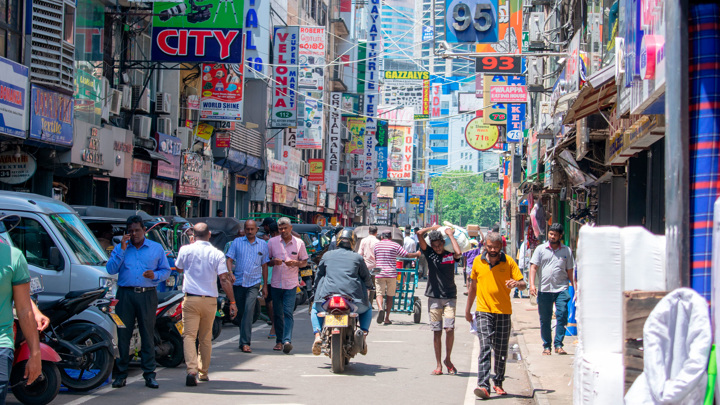 Sri Lankan President Gotabay Rajapaksa on Monday declared an economic emergency, giving the authorities the right to seize food from businesses and citizens and set prices for them to contain the sharp rise in inflation after the rapid devaluation of the currency.

The emergency started at midnight. Long lines have formed at the shops: people are short of milk powder, kerosene and gas for cooking.

The government has appointed a former army general as Commissioner for Basic Services, who will have the authority to expropriate food supplies from traders and retailers and regulate their prices.

"These goods will be provided at government-guaranteed prices or on the basis of the customs value of imported goods in order to prevent disturbances in the market," the presidential press service said in a statement.

The Sri Lanka Census and Statistics Department said the appreciation of the exchange rate is one of the reasons behind the rise in prices for many essential goods over the past 12 months.

Monthly inflation in August rose to 6% from 5.7% in July, mainly due to high food prices, the department said.

Финансовая аналитика, прогнозы цен на сталь, железную руду, уголь и другие сырьевые товары. More news and analytics on Metallurgprom telegram channel - subscribe to get up-to-date market information and price forecasts faster than others.
Сomments
Add a comment
Сomments (0)
On this topic
FAO: 60 percent of waste in Ukrainian landfills is food
Heating season in Ukraine: where there can be problems with heat and why
How the reform of the electricity market in Ukraine can lead to a collapse and what to do about it
Stopped nuclear power plants and mines. What's going on in the energy sector of Ukraine?
Yuzhmash told whether it is possible to launch reusable rockets from the Black Sea
China's steel sector can only rely on the real estate sector
Recommended:
Nigeria to pay half a billion dollars to the Mittal family in compensation for selected concessions
Ukraine's foreign exchange earnings from the export of ferrous metals decreased by $4 billion
UK steel production hits record low this year
News Analytics
EBRD downgrades Ukrainian economic growth forecast for 2023 from 25% to 8%28-09-2022, 13:57
EU plans additional sanctions against Russian metallurgy27-09-2022, 10:34
The European Commission has approved 5.2 billion euros of state support for27-09-2022, 10:43
China's leading industrial profits fall 2.1% in first 8 months27-09-2022, 10:20
Moody's changed the outlook for the global mining industry to26-09-2022, 19:04
China production cuts in winter will give limited boost to steel markets -15-09-2022, 10:09
Steel prices may rise as manufacturers stop production11-09-2022, 14:06
IREPAS: The global long products market is in a "dramatic situation"10-09-2022, 20:49
Steel prices are unlikely to rise significantly in the near future - analysts02-09-2022, 22:58
Steel prices may move up on new data from China31-08-2022, 12:19
Sign in with: