The design of the roller drive has been changed in the new metallurgical equipment, which has significantly increased its reliability and overhaul interval. 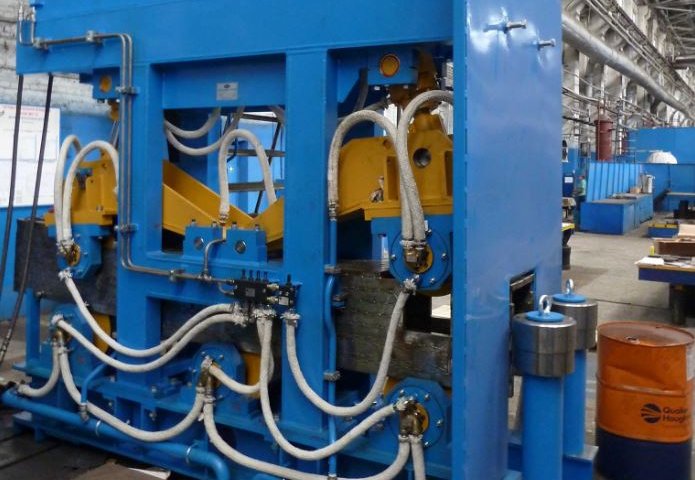 Such equipment is installed in the technological line of a continuous billet casting machine (CCM) and is designed for pulling out of the mold and subsequent straightening of a square billet with a cross section from 100x100 to 150x150 mm, at a temperature of about 850˚С. The design and workmanship of the Novokramatorsk straightening-pulling machine ensure its performance in such harsh conditions.

When designing it, the specialists of the Novokramatorsk Machine Building Plant used the experience gained in the process of creating correct-pulling machines of their own design. As a result, the design of the roller drive was changed in this machine, which made it possible to significantly increase its reliability and overhaul interval. The metallurgists were able to convince themselves of these advantages from their own experience, because they have already been supplied with two such correct-pulling machines.

Let us remind you that in June this year the plant made for the metallurgical plant Liberty Galati (Romania) the second batch of five segments of the slab continuous casting machine (CCM). The first five such segments were manufactured and shipped to Romanian metallurgists in March this year.