The first Ukrainian spacecraft in the last 10 years is planned to be prepared for sending into Earth orbit before the end of this year. 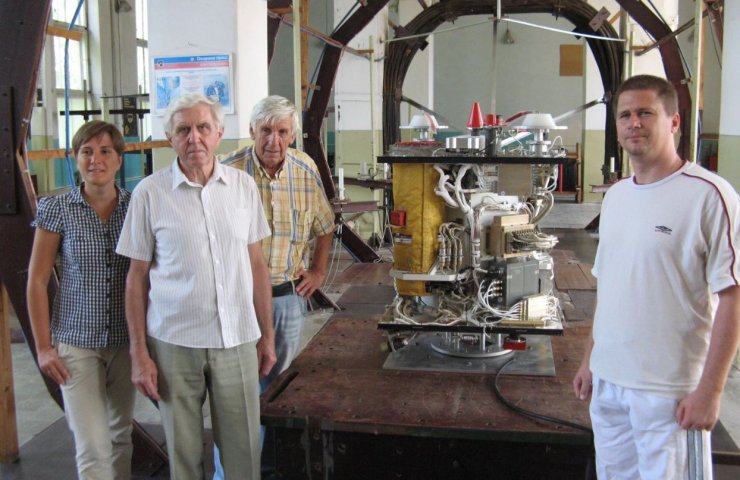 In August 2021, by order of the State Enterprise Yuzhnoye Design Bureau named after M.K. Yangel "at the magnetic measuring stand of the Magnetodynamic complex of the Institute for Technical Problems of Magnetism of the National Academy of Sciences in Kharkov under the leadership of the Deputy Director for Scientific and Technical Work of this Institute Sergey Petrov and with the involvement of young scientists of the institution - a researcher of the Department of Physics and Technology of Magnetic Phenomena, Candidate of Technical Sciences Alexander Tkachenko and Junior Researcher of the Department of Problems of Magnetic Field Control Vladimir Yakovenko - a set of work was carried out to measure the magnetic characteristics of the Sich-2-30 spacecraft.

According to the press service of the National Academy of Sciences of Ukraine, scientists have now finished processing the measurement results.

The satellite, which was called "Sich-2-1" and was renamed "Sich-2-30" on the occasion of the 30th anniversary of Ukraine's Independence, should become the first domestic Earth remote sensing apparatus in the last 10 years. It will be ready for launch into low-earth orbit by the end of this year. It is planned to launch the satellite from the SpaceX launch pad (USA) using the Falcon 9 launch vehicle.

The Sich-2-30 spacecraft is equipped with a magnetic attitude control system, the operating principle of which is based on the interaction of special electromagnets installed on the satellite with the Earth's magnetic field. Accurate determination of the magnetic moment of the spacecraft is extremely important for calculating the parameters of its control system, which ensures stabilization of the satellite's orientation in orbit.

A unique magnetic measuring stand The magnetodynamic complex of the ITAM NAS of Ukraine is the only object of national treasure in Ukraine, where it is possible to carry out certified measurements of the magnetic moments of modern spacecraft. The stand is equipped with unique magnetometric equipment for measuring constant and variable low-frequency magnetic fields in the range of 10 -9 ÷ 2 T, as well as their gradient. Metrological capabilities of the magnetometer stand of the Magnetodynamic complex allow performing the following works: