The development of industrial parks will allow to completely restart the industry in Ukraine?

Issues of development and prospects of industrial parks in Ukraine were discussed in Bila Tserkva, at the forum “Open Dialogue. Industrial parks 2025. Why invest in production? ". 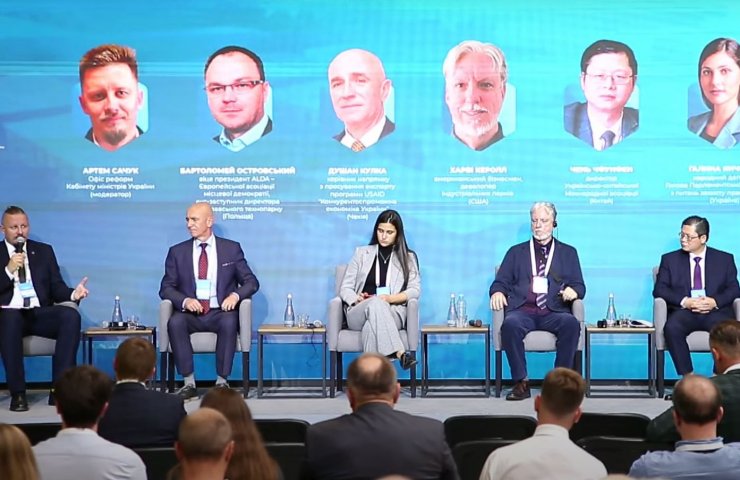 The adoption of the law "On Amendments to the Law of Ukraine" On Industrial Parks ", aimed at attracting investments in the industrial sector of the economy, will fully launch the mechanism of industrial parks in Ukraine, which has become a key instrument of economic development in many countries of the world. Deputy Minister of Economy of Ukraine Irina Novikova spoke about this during an open dialogue between business and government representatives: "Industrial parks 2025. Why invest in production."

The event was also attended by the Minister of Community and Territorial Development Alexey Chernyshev, Chairman of the Verkhovna Rada of Ukraine Committee on Economic Development Dmitry Natalukha, founder of UFUTURE holding and Belaya Tserkov industrial park Vasily Khmelnitsky, as well as international experts and business representatives.

“Industrial parks should become not just regional industrial sites, but real points of growth for the state's economy. The effective use of this mechanism will contribute to the growth of related sectors of the economy, the development of human capital and a complete restart of industry in Ukraine. This is primarily about the development of an innovative industry, new technological solutions, because only there we can compete with other countries in the international arena. The adoption of the new law opened a new history in the development of this mechanism in Ukraine and, I hope, in the near future it will begin to work effectively, "said Irina Novikova.

The Minister of Community and Territorial Development Oleksiy Chernyshov noted that the development of industrial parks will create modern jobs in Ukraine and stop labor migration. According to him, now the state receives part of the added value that Ukrainian labor migrants create while working in other countries - thanks to their remittances.

“However, it is many times more effective when this added value is created within Ukraine. Therefore, this is now a priority of the state, ”the minister emphasized, adding that in order for a Ukrainian worker to return to the country, modern technological jobs with a salary of 4-5 thousand hryvnias higher than the average in the regions are needed now. Such jobs are created in industrial parks, he summed up.

Финансовая аналитика, прогнозы цен на сталь, железную руду, уголь и другие сырьевые товары. More news and analytics on Metallurgprom telegram channel - subscribe to get up-to-date market information and price forecasts faster than others.
Сomments
Add a comment
Сomments (0)
On this topic
The efficiency of industrial parks in Ukraine is less than 7% and almost all of them are
Manufacturers will begin to create their own car parks so as not to overpay to private traders -
Next week Khmelnitsky will receive the next batch of trolleybuses from Bogdan
The cost of building one industrial park in Ukraine has been announced
Ukraine asks the UK to share its experience in transforming coal regions
The Bogdan Motors team appealed to the People's Deputies of Ukraine
Recommended:
The United States imposed a ban on the import and sale of equipment from Huawei, ZTE and a number of other Chinese companies
Russian steel production fell by 6%
ArcelorMittal launches flagship carbon capture and recycling project in Belgium
News Analytics
ArcelorMittal launches flagship carbon capture and recycling project in Belgium08-12-2022, 14:59
The South Korean government "ordered" the striking truckers to return08-12-2022, 11:04
India expands RoDTEP export incentive scheme to steel and iron08-12-2022, 10:28
Volkswagen Anhui's first pre-production NEV rolled off the assembly line08-12-2022, 10:17
Chinese steel exports up 28.2% - customs data07-12-2022, 23:43
Analysts predict 5% annual growth in the iron casting market through 203006-12-2022, 12:44
Commodity prices will fall, metals quotes will rise slightly - Focus Economics28-11-2022, 13:28
Platinum market to face shortage next year - WPIC22-11-2022, 18:25
Global steel demand falls and will fall by 2.3% in 2022: WorldSteel19-10-2022, 23:12
Iron ore prices fall to 11-month low15-10-2022, 10:36
Sign in with: