Ukrainian railway wheels will be used in the Amsterdam metro

The industrial company Interpipe of Victor Pinchuk delivered passenger railway wheels to the Netherlands for the first time. 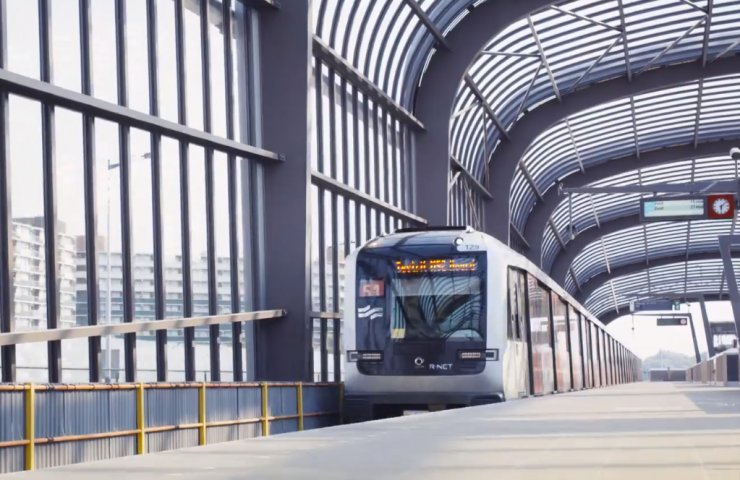 In September, Interpipe Nizhnedneprovsky Pipe-Rolling Plant shipped an experimental batch of 840 mm diameter wheels of EN 13262 standard to the GVB operator, which operates the Amsterdam metro. The plant is now preparing to produce an industrial batch for a new client. Ukrainian wheeled products will be used to repair metro cars manufactured by ALSTOM.

“The company supplies wheels to the Netherlands for the first time. The peculiarity of this order was the increased requirements for the microstructure of the metal. The buyer requested improved quality and strength characteristics of the wheels, which were obtained due to the optimal heat treatment mode. Deliveries for GVB are a good reference in the segment of passenger wheels for municipal transport in the European Union, ”said Alexander Garkavy, Director of the Railway Products Division of Interpipe.

Interpipe is an international vertically integrated pipe-and-wheel company, one of the TOP-10 manufacturers of seamless pipes in the world and the TOP-3 manufacturers of solid-rolled railway wheels. At the end of 2020, Interpipe reduced sales of railway products - wheels, tires, axles and wheelsets - by 5.4% compared to 2019 - to 192.4 thousand tons.

Сomments
Add a comment
Сomments (0)
Partner news
Recommended:
The Ministry of Energy of Ukraine has promised to become an active participant in the certification of Nord Stream 2
Elon Musk urges people to leave Binance, Coinbase and other cryptocurrency platforms
Musk's Twitter posts cost Tesla shareholders nearly $ 61 billion
On this topic
Interpipe reduced sales of pipe and railway products in 2020
German high-speed trains will ride on Ukrainian wheels
The price of electricity for Ukrainian metallurgists turned out to be twice as high as for French
Interpipe has mastered a new type of railway wheels for Deutsche Bahn passenger trains
INTERPIPE in 2019. increased sales of railway wheels by 8% and reduced the implementation of pipes
Новые правила ограничения сроков эксплуатации грузовых вагонов стали результатом уступок
News Analytics
Elon Musk confirms Neuralink will begin brain chip implantation by 202207-12-2021, 20:16
Austrian Voestalpine sells first batch of premium decarbonized steel07-12-2021, 12:26
Thousands of people protest against Rio Tinto lithium project in Serbia07-12-2021, 12:45
Ukrainian stainless pipes will be used in desalination projects in the Middle07-12-2021, 09:41
Tesla launches ATV for kids06-12-2021, 15:03
What unites Ilona Mask and other richest people in the world31-10-2021, 12:28
Moldavian Gordian knot - big politics28-10-2021, 11:03
Elon Musk's equity capital is approaching the $ 300 billion mark27-10-2021, 13:26
Hopes are dying to end the world's dependence on coal25-10-2021, 16:54
Will the rise in steel prices limit metallurgical production?25-10-2021, 11:44
Sign in with: