Investments in renewable sources and nuclear energy will help achieve the ambitious goal. 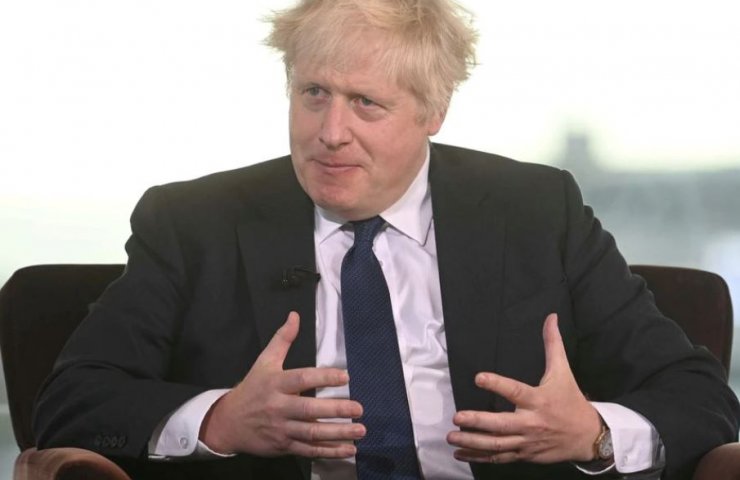 Prime Minister Boris Johnson said on Monday that the UK is ready to go 100% clean energy by 2035 as part of the country's move towards zero carbon emissions.

The UK, which will host the COP26 climate summit next month, has pledged to cut carbon emissions by 78% by 2035, which Johnson says is the most ambitious climate change target in the world to enable the country to become a clean producer with zero emission levels until 2050.

“Looking at the progress we are making in wind energy, where we are now leading the way ... looking at what we can do with other renewables, and capturing and storing carbon with hydrogen, we think we can complete the transition to clean energy production by 2035, ”Johnson said. “This will mean that for the first time the UK will not depend on hydrocarbons from abroad, with all the vagaries of hydrocarbon prices and the risks they pose for the pockets of people and consumers. We will rely on our own clean electricity generation to help us keep costs down. ”

Earlier it was reported that Johnson intends to commit on behalf of the Conservative Party to increase investment in renewables and nuclear energy, as the UK faced a crisis due to rising fuel and energy prices.

“I'm talking about the fact that by 2035 we can do for all our energy production what we do with cars with internal combustion engines by 2030,” Johnson said, referring to the ban on the sale of new gasoline and diesel vehicles at the end of this decade.

A new record of the cost of energy resources was recorded in Europe today, in particular, coal prices exceeded $ 230 per ton, the highest level since 2008.

Recommended:
Since the beginning of the year, Ukraine has received more than $ 10 billion in foreign exchange earnings from the export of ferrous metals
State Enterprise "Ukrhimtransammiak" resumed transportation and delivery of ammonia, providing farmers with this liquid fertilizer
Ukrainian Foreign Ministry summoned the Hungarian Ambassador over an agreement with Gazprom
On this topic
Ukrainian hydrogen for Europe: an image of the future or a soap bubble?
UK to provide £ 220m in aid to metals and food industries
UK to ban new petrol cars by 2030, hybrids by 2035
International Energy Agency predicts 30% growth in global steel demand
Stopped nuclear power plants and mines. What's going on in the energy sector of Ukraine?
The UK will prohibit the sale of gasoline and hybrid cars with 2035
Partner news
Сomments
Add a comment
Сomments (0)
News Analytics
How the US became the world's largest Bitcoin mining hub20-10-2021, 13:26
New gold rush begins in South Africa due to coronavirus pandemic19-10-2021, 20:55
Siemens specialists conducted an audit of Interpipe as a qualified supplier19-10-2021, 18:32
MMK has been tested according to the Renault-Nissan-Mitsubishi alliance standard19-10-2021, 14:49
National Security and Defense Council of Ukraine will check 256 permits for19-10-2021, 14:34
In Europe, the stainless steel market unexpectedly "sank" - MEPS30-09-2021, 12:08
Oil prices to surpass $ 90 by year end due to shortages - Goldman Sachs27-09-2021, 10:58
Moody's changes its outlook for the mining and metals industry from "positive"14-09-2021, 18:39
European steel prices decline from summer highs and remain stable high04-09-2021, 10:38
Rise in European steel prices to dizzying levels finally fizzled out - Bloomberg27-08-2021, 13:18
Sign in with: