The kingdom's authorities issued the permit in 2019, but now the regulator has withdrawn it due to "insufficient knowledge" of the potential damage to the environment. 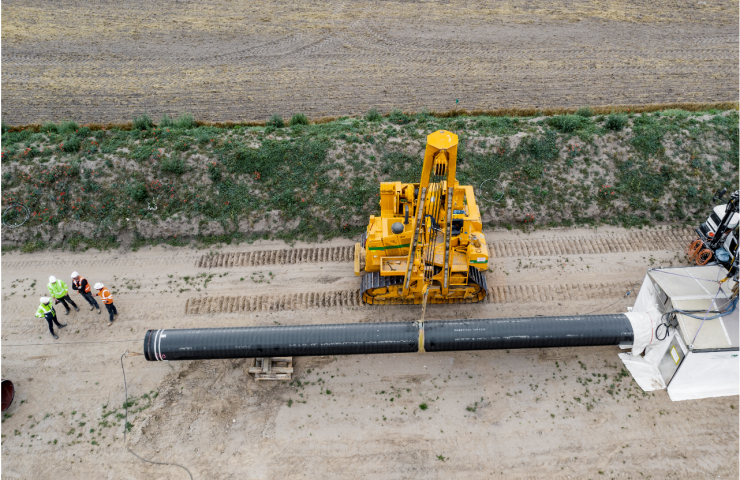 The Danish Environmental and Food Appeals Board has revoked the permit for the construction of the Baltic Pipe, which was supposed to connect Norway and Poland along the bottom of the Baltic Sea. About this reported by the press service of the Danish transport system operator Energinet.

"On May 31, 2021, the Environmental and Food Appeal Board revoked the environmental permit for the Baltic Pipe project issued by the Danish Environmental Protection Agency on July 12, 2019," the statement said.

The decision was caused by the fact that the Environmental Protection Agency did not sufficiently study the issues of protecting nature and certain species during the laying of the gas pipeline.

The operator is now clarifying with the authorities the consequences of the decision, but is already preparing to halt construction work pending the receipt of the necessary permit.

Baltic Pipe is a 230 km long gas pipeline that is supposed to connect Norwegian fields in the North Sea with the Polish gas transmission system through Denmark in the Baltic Sea. The project was planned to be completed in 2022.

In 2020, against the backdrop of ongoing sanctions against the Nord Stream 2 gas pipeline, Warsaw offered Berlin to replace it with the Baltic Pipe infrastructure.

Recommended:
The first 600 Russian prisoners will start working at BAM in June - Kommersant
Ukrainian industrialists demand a clear program of action from the government
Germany will not give up coal mining in the coming years - Angela Merkel
On this topic
Yuzhmash told whether it is possible to launch reusable rockets from the Black Sea
The Swiss-Dutch company Allseas stopped the construction of the "Nord stream-2"
US sanctions can stop the construction of the "Nord stream – 2" in the waters of Denmark - Bild
Denmark Ukraine will provide interest-free loans for renewable energy projects
Denmark gave the green light to Nord stream-2
The European Union finally made changes to the Gas Directive of the Third Energy Package
Add a comment
Сomments (0)
News Analytics
China's Machinery Sector Operating Income Increases 43 Percent13-06-2021, 11:28
Rescuers continue to search for 13 missing iron ore miners in North China12-06-2021, 15:39
European Union extends protective quotas on steel supplies for another three12-06-2021, 11:31
Metallurgical plants in the temporarily occupied territory of Donbass appointed12-06-2021, 10:59
JSC "Turboatom" was visited by representatives of CJSC "Novokramatorsk Machine12-06-2021, 10:43
Vaccinations fuel demand for platinum - World Platinum Investment Council08-06-2021, 12:55
Sharp price growth continues in the rolled metal market - Ukrpromvneshexpertiza08-06-2021, 11:04
Analysts note overheating of the global scrap metal market01-06-2021, 13:28
Hydrogen-fueled steelmaking could be competitive after 2050 - McKinsey19-05-2021, 14:22
Steel raw material prices are skyrocketing across the board18-05-2021, 12:34
Sign in with: