Metallurgists of "Svyatogor" have increased the turnaround time of converters 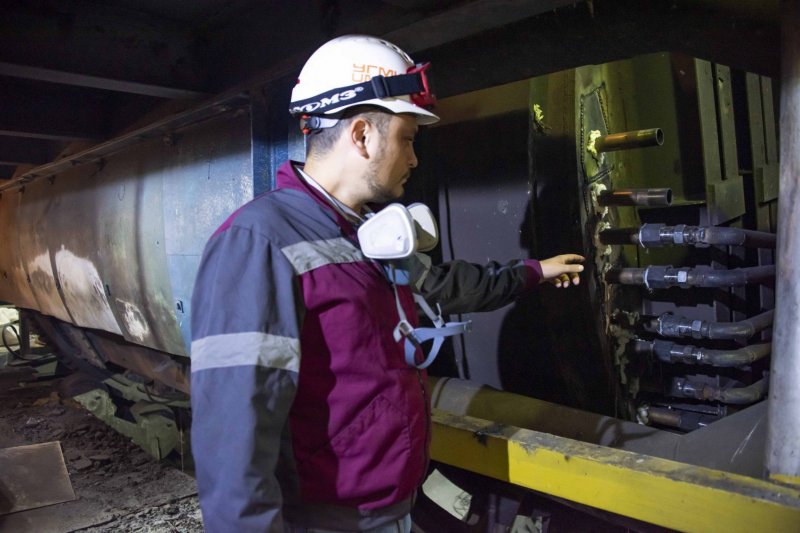 Thanks to the introduction of a vacuum-cooled water cooling system (VOCR), the metallurgists of Svyatogor JSC (enterprises of the metallurgical complex of UMMC) managed to increase the overhaul period of the converters.

The essence of the VOPR system is that it allows to reduce the intensity wear of the refractory lining of the converter due to the heat removal process. In other words, it takes the excess heat generated during the conversion of copper mattes onto the copper cooling elements. In the future, this whole process has a reverse cycle, and the water that took heat is cooled in a certain way and again goes to the repeated cooling process.

At present, the VOPR system has already been implemented and is successfully operated at four converters of the metallurgical shop " Svyatogora ". The production workers felt the positive result of this technological solution right away. In addition to increasing the service life, the wear of the refractory masonry has also decreased.

The process of introducing the VOPR system in the metallurgical workshop of Svyatogora took place in stages. In 2017, the design began, which was carried out by the specialists of Uralmekhanobr JSC. After receiving a positive conclusion of the project examination, the facility was equipped with the necessary equipment and materials, then construction and installation work. Converter # 3 was the first to be upgraded, and then all the others. The project was carried out by Svyatogor specialists. The entire set of works on the installation of copper elements, as well as on the refractory masonry was carried out under the supervision of the design organization. At different stages of the project implementation, specialists from Svyatogorostroy LLC, RMZ, instrumentation and automation shops, energy and metallurgical shops were involved.

The total costs of Svyatogor JSC for the launch of the VOPR system on converters amounted to more than 60 million rubles.

Сomments
Добавить комментарий
Комментарии (0)
Partner news
On this topic
Overhaul of converter # 1 has begun in the metallurgical workshop of Svyatogor
The families of Svyatogor employees received the keys to brand new cottages in the village of
Overhaul of the kiln completed in the metallurgical workshop of Svyatogor
Over 100 million rubles will be spent on the repair of the reflective furnace "Svyatogor"
"Svyatogor" landed a fish landing in Krasnouralsk
"Svyatogor" sent about 70 million rubles to charity
News Analytics
Motor Sich will produce a fully composite European-class helicopter27-11-2021, 09:09
UK car production plummets to 65-year low26-11-2021, 17:04
Ukraine and Canada have started the practical implementation of the space26-11-2021, 11:49
Coking coal imports to India fell in September due to rising prices26-11-2021, 10:08
China has invested over a billion dollars in agricultural development in Africa26-11-2021, 09:36
What unites Ilona Mask and other richest people in the world31-10-2021, 12:28
Moldavian Gordian knot - big politics28-10-2021, 11:03
Elon Musk's equity capital is approaching the $ 300 billion mark27-10-2021, 13:26
Hopes are dying to end the world's dependence on coal25-10-2021, 16:54
Will the rise in steel prices limit metallurgical production?25-10-2021, 11:44
Sign in with: