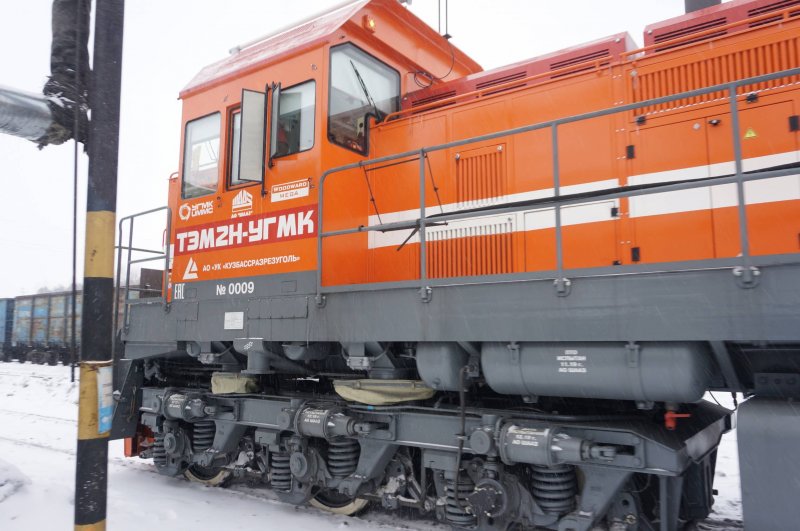 the First coal company ТЭМ2Н-UMMC has begun work branch "the krasnobrodsky coal mine" last fall. ТЭМ2Н-UMMC is a new car. Unlike modernized locomotives it is built on a completely new undercarriage (frame, undercarriage and wheel-motor blocks) from the locomotive TEM-18ДМ produced at Bryansk engineering plant. Shadrinskiy locomotive equipped with modern systems of management, control and diagnostics to ensure a comfortable and safe working conditions of drivers.

On Kadrovska section ТЭМ2Н-UMMC involved in the execution of all works stipulated by the production process. In addition, the locomotive is certified and can go in the way of General use Railways. Another ТЭМ2Н-UMMC will join the locomotive Park of the company in the spring of this year.

in 2014, in the framework of the upgrade of the locomotive fleet kedrovskiy coal mine has received six upgraded on Ease locomotives TEM2-UMMC. Only in the criminal code "KRU" to date, there are 16 of these locomotives.

"In the future the company plans to replace three outdated TEM2 on ТЭМ2Н-UMMC, released lufia auto aggregate plant," – says the head of the Department of railway transport of JSC "UK "Kuzbassrazrezugol" Basil Allbody.