We modernize production: the summer shift of UMMC Engineering is over 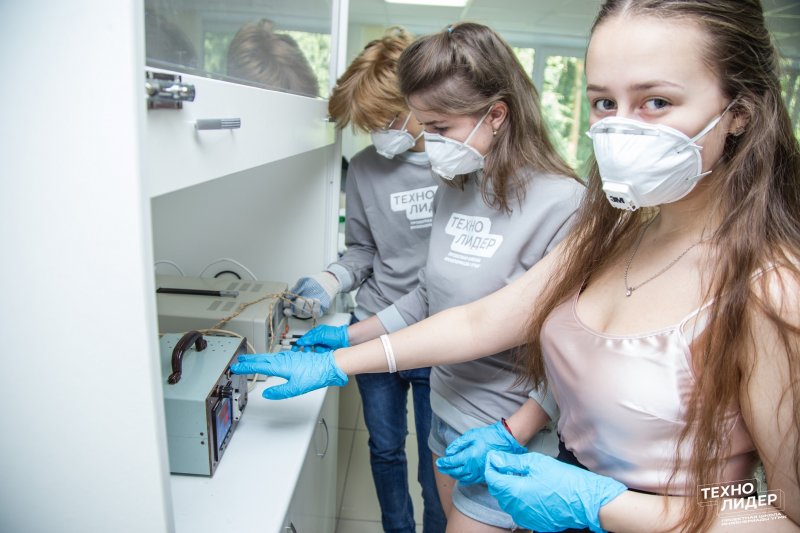 Participants of the summer design school of Engineering of the UMMC "Technolider" defended their projects in front of experts of the Ural Mining and Metallurgical Company and professors of universities. In connection with the prevention of coronavirus infection this year, the shift lasted only 2 weeks, and the presentation of ideas took place online.

The summer school was held for the third time in the Tavatui Country Center of the Sverdlovsk Region. Participants of the UMMC Engineering Competition - 60 boys and girls aged 14-17 from 10 cities where UMMC enterprises operate, worked on projects for the development and modernization of production and coal mining. Future engineers solved problems related to mining and metallurgical production, energy. Under the guidance of teachers-mentors, together with engineers from enterprises, the guys studied production technologies, solved engineering problems, made economic calculations and created layouts.

The winner is the chemistry laboratory. Young engineers suggested separating pure bismuth from a promising lead-bismuth alloy for the production of thermoelectric alloys and high-tech products based on them. According to the guys, this will increase the economic potential of the Sverdlovsk Region through the creation of promising production in the region. High school students have calculated that the net profit for the first year of work will be 17 million rubles. The laboratory participants designed a workshop on the territory of the PSTsM Branch of Uralelectromed JSC and made its layout, reduced 40 times.

The Metallurgy Laboratory has been working on the modernization of the Pobeda smelter operated by the Mednogorsk copper and sulfur plant. The schoolchildren decided to implement a bottom blowing system to mix the melt more efficiently and speed up the melting. The automation laboratory dealt with the problem of the high cost of coal mining. Young inventors have developed a trolley system and modified the BelAZ model to reduce fuel costs. The teenagers from the energy laboratory dealt with coal mining in the Kemerovo region, which is significantly dependent on this industry. The guys offered to make semi-cokes, they believe that a number of such industries will allow the region to reduce its dependence on coal exports, and UMMC to diversify its coal business.

All developments will be analyzed by UMMC specialists. The guys plan to finalize the best of the projects and offer them for implementation at the enterprises of UMMC.

Note that the educational program of the summer design school for the winners of the "Engineering" was developed by the personnel department of UMMC together with the key specialists of the company from the technical director services, director for mining, director for energy with the participation of the holding's enterprises. For the third year in a row, teachers-mentors from the Ural Club of New Education and experts from UMMC enterprises have been participating in the UMMC Engineering Summer Project School “Technolider”.

For reference: The “UMMC Engineering” competition has been held since 2017 to identify and support children who have ability for technical creativity and invention. In 2020, 28 enterprises took part in the competition, 118 student teams - more than 400 children. Projects are being developed in metallurgy, mining, production automation, energy, mechanics, information technology, ecology and industrial safety, vocational guidance. The enterprises have already implemented 30 projects developed in 2018-2019. Another 30 are under development and implementation.

Похожие материалы
Senior master CMP got on the honor roll of mentors of Russia
Employee BMK listed on the honor roll of mentors of Russia
The TMK Board of Directors recommends accepting the voluntary offer of the TMK subsidiary in
UMMC organized an engineering camp on Lake Tavatui
The development of schoolchildren will help Sibkabel save up to 1.5 million rubles a year
The best projects of "UMMC Engineering" will be implemented in production
Добавить комментарий
Комментарии (0)
News Analytics
Indian state steel company to sell non-core assets19-09-2020, 18:50
Largest US steel company to lose $ 100 million in Q319-09-2020, 18:50
UN experts believe that the worst-case scenario for the Ukrainian economy can19-09-2020, 18:47
KZhRK miners' strike threatens with loss of sales markets without prospects of16-09-2020, 21:51
Privatization of the alcohol industry has started in Ukraine16-09-2020, 14:56
Iron ore prices to surpass six-year high soon16-09-2020, 10:32
World Oil Demand Peak May Be Over - BP15-09-2020, 09:05
China expands car market capacity by increasing demand for steel and metals11-09-2020, 10:56
Prices continue to rise in the long and flat steel markets08-09-2020, 14:25
Difference between ferrous and non-ferrous metal28-08-2020, 13:45
Sign in with: