In Verkhnyaya Pyshma, the Tanker's Day was held under the roar of engines of armored vehicles and sports cars 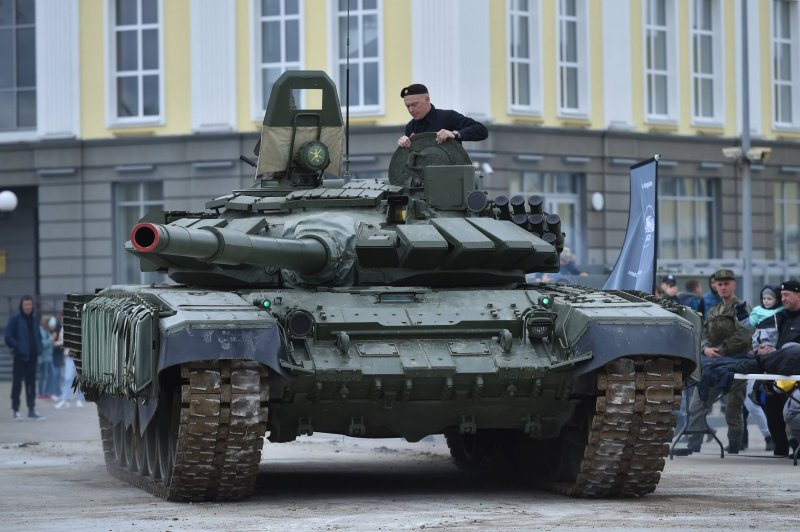 Last Sunday, the Museum Complex of the UMMC hosted two outstanding events at once - the Day of the Tanker and the Ural Drift Cup.

In honor of the 100th anniversary of domestic tank building, a parade of armored vehicles was held in the open area of ​​the UMMC Museum Complex. Five combat vehicles - self-propelled artillery mounts ISU-122, SU-100, tanks KV-1, IS-2M, T-60 - marched in a column along the building of the exhibition center "Parade crew".

"These combat vehicles symbolize the victorious power of Soviet armor. During the Great Patriotic War, all of them were actively used at the front and helped to smash the enemy, bringing the common cause of Victory closer. Today we are celebrating the 100th anniversary of the tank forces, which are the pride of the Russian armed forces, "Viktor Mikhailovich Sevostyanov, Director of the Museum Complex, said in his welcoming speech.

A modern battle tank T was placed on the event site next to the legendary historical equipment. -72. The acting crew - driver, gunner and commander - demonstrated to the guests of the holiday the running power of the tank, its maneuverability and turret turns. Everyone who wished had a rare opportunity to visit the tank and feel like a real tanker.

Throughout the event, field kitchens worked, where guests of the holiday tasted real soldier's porridge.

The artists created a festive mood for all those present. Song and Dance Ensemble of the Central Military District.

The celebration ended with an exciting quest dedicated to history of tank building. The winners received diplomas and memorable prizes from the UMMC Museum Complex.

In the same day near the Museum of Automotive Technology summed up the results of the Ural Drift Cup. The UMMC Museum Complex together with the Ural motorsport association "Drive Racig" has been holding these competitions for the second year in a row.

For eight hours, spectators watched races in which the best pilots of the Ural region in cars, technically modified specifically for drifting, found out which of them achieved greater skill in passing high-speed turns with controlled skid.

This year, the Museum Complex has prepared several surprises for the spectators and participants of the Urals Cup.

The competition was started by the athletes of DOSAAF, who, with the flags of the Russian F ederation, UMMC and Verkhnyaya Pyshma landed on the competition track. Everyone was surprised by the traditional parade of pilots, which this year opened an exhibit of the Museum complex - the Soviet elite limousine ZIS-101 A. Another surprise for the participants and guests of the race was an unusual photo zone from the Museum complex - a light water tank T-38.

In addition to the traditional individual standings, the Ural Cup program included synchronous races in triplets, which made the race even more spectacular.

The judges evaluated the races according to three main criteria - speed, trajectory, entertainment. The winner of the Ural Cup was a pilot from Chelyabinsk - Maxim Akhtyamov in a Toyota Corolla V8 car.

After summing up the results and awarding, the audience was able to get their adrenaline rush: the pilots took everyone in a drift taxi.

Похожие материалы
June 24, Verkhnyaya Pyshma: Alley of heroes, the dress-up calculation, the Fate of the soldier and
In Verkhnyaya Pyshma Victory Day has set a 55-metre Billboard
Parachutists, aerobatics and hundreds of balloons: the Russian Air Force Day was celebrated at the
The eternal flame from the factory furnace, Victory Waltz, Procession of military equipment and a
May 9 in Verkhnyaya Pyshma: Eternal flame from the factory oven, Victory Waltz, Procession of
The winners of the patriotic competition were awarded at the Museum of Military Equipment of the
Добавить комментарий
Комментарии (0)
News Analytics
Indian state steel company to sell non-core assets19-09-2020, 18:50
Largest US steel company to lose $ 100 million in Q319-09-2020, 18:50
UN experts believe that the worst-case scenario for the Ukrainian economy can19-09-2020, 18:47
KZhRK miners' strike threatens with loss of sales markets without prospects of16-09-2020, 21:51
Privatization of the alcohol industry has started in Ukraine16-09-2020, 14:56
Iron ore prices to surpass six-year high soon16-09-2020, 10:32
World Oil Demand Peak May Be Over - BP15-09-2020, 09:05
China expands car market capacity by increasing demand for steel and metals11-09-2020, 10:56
Prices continue to rise in the long and flat steel markets08-09-2020, 14:25
Difference between ferrous and non-ferrous metal28-08-2020, 13:45
Sign in with: