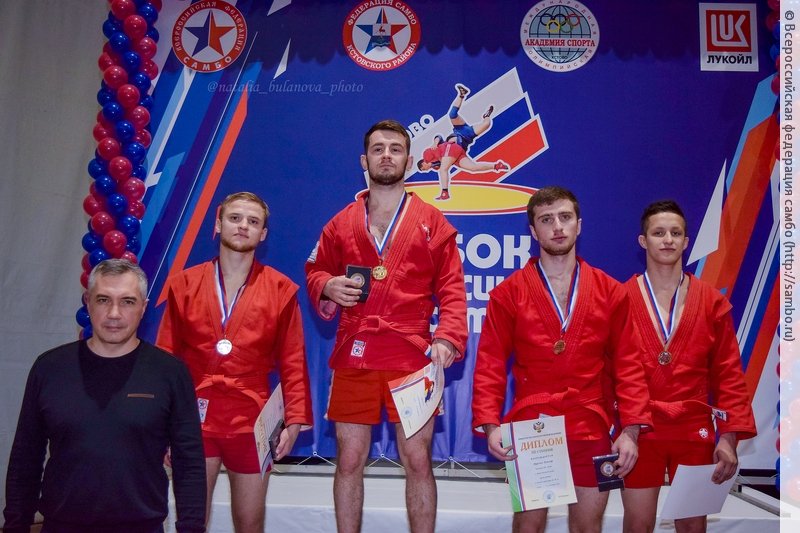 Recently, Anna Balashova (up to 80 kg), who defends the colors of the UMMC SAMBO Club, multiple world and European champion, became the owner of the Russian Cup held in Kstovo (Nizhny Novgorod region) - the first tournament of such a high rank since the quarantine this year.

Together with the main with a trophy, she received the right to represent our country in 2021 at the World Cup in Moscow. Balashova's teammate Evgeny Eremin (up to 58 kg) won a bronze medal.

Experienced Balashova played her final match with the bronze medalist of the World Championship Ekaterina Tokareva from Moscow very confidently and calmly. Already at the very beginning of the meeting, she performed the back step and took the lead 1-0. And an early victory 40 seconds before the end brought her an effective painful hold on the elbow lever.

Yevgeny Eremin in the semifinals lost with a minimal advantage to the future Cup winner Alexei Kuzmenko from Moscow, and then prevailed in the fight for the “bronze” over the three-time world champion Igor Beglerov from the Perm Territory.

In total, more than 500 of the best domestic sambists have become participants in the Russian Cup. For the first time they competed for sets of medals in 22 new weight categories: 53 kg, 58 kg, 64 kg, 71 kg, 79 kg, 88 kg, 98 kg, +98 kg (among men); 50 kg, 54 kg, 59 kg, 65 kg, 72 kg, 80 kg, +80 kg (among women) and 58 kg, 64 kg, 71 kg, 79 kg, 88 kg, 98 kg, +98 kg, g ( in combat sambo). In addition, this was the first competition held taking into account the changes in the rules of the International Sambo Federation. Restrictive preventive measures related to the inadmissibility of the spread of coronavirus infection also left their mark on the format of the tournament. The competitions were held without spectators, a mask mode was in effect for all participants, they also had to provide a certificate of the absence of COVID-19. The fans followed the progress of the matches using online broadcasts.