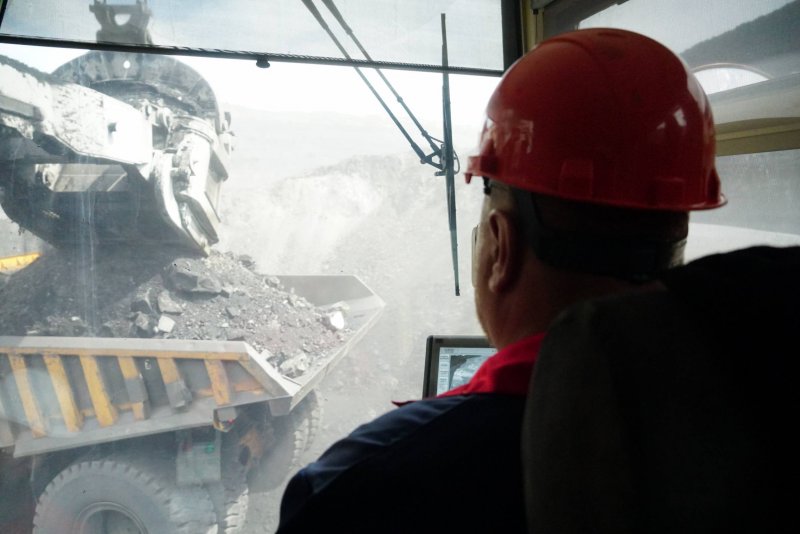 AO "MC" Kuzbassrazrezugol "(an enterprise of the raw materials complex of UMMC), which is in charge of the development of state professional standards (SPS) for opencast mining in Russia, has formed a second SPS -" Excavator driver at mining operations.

Currently, the draft of the professional standard has been submitted to the Association "All-Russian Association of Coal Industry Employers" (OOORUP) and the Ministry of Labor of the Russian Federation for public discussion by the country's coal miners engaged in open pit mining.

The development of the state professional standard "Excavator driver in works ”was attended by 10 coal companies that are part of the industry working group. Each of them worked on a certain decomposition (component) of the standard.

“Excavators are a huge range of very different models, including rotary ones, which are not available in Kuzbass. This is where the huge advantage of the joint work of coal miners from different regions came to light. The rotors are used by SUEK-Krasnoyarsk and Russian Coal - this has become their area of ​​responsibility as members of the industry working group, ”says Diana Shcherbakova, head of the labor organization department of MC Kuzbassrazrezugol JSC, curator of the working group for the development of hydraulic systems. “We plan to apply the practice of division of areas of responsibility in the development of the following standards.”

The development of the second GPS was also carried out in cooperation with specialized educational institutions, since after the approval of the standard, educational programs for staff training will be updated.

Recall that the development of state professional standards for workers in the coal industry is one of the instructions of the President of the Russian Federation Vladimir Putin, which he gave following a meeting with the leaders of the country's coal mining regions in August 2019. The Kuzbassrazrezugol company headed the development of the first gas-filling stations for the coal industry, the methodological support is provided by UMMC. On the basis of the SPS, uniform qualification requirements will be developed for employees of all enterprises in the industry.

On this topic
Kuzbassrazrezugol started the development of the second GPS
"Kuzbassrazrezugol" has developed the first state professional standard
The TMK Board of Directors recommends accepting the voluntary offer of the TMK subsidiary in
"KRU" has presented the first draft state of profstandart
The professionalism of the criminal code "KRU" will appreciate the computer
Kuzbassrazrezugol has conducted industrial tests of new dust suppression technologies
Добавить комментарий
Комментарии (0)
News Analytics
Industry association predicts 8% growth in passenger car sales in China in 202123-01-2021, 11:07
YUZHMASH expects the adoption of the new space program of Ukraine in the near22-01-2021, 15:18
Eleven miners still await rescue from exploded gold mine in China22-01-2021, 12:34
Rivne NPP shut down power unit No. 122-01-2021, 12:13
Russia will start producing "green" hydrogen22-01-2021, 10:47
China will overtake the United States to become the world's largest economy in27-12-2020, 12:04
The shortage in the US steel market will last at least until the end of the25-12-2020, 11:36
Steel production in China to surpass one billion tons this year23-12-2020, 10:59
Iron ore prices hit seven-year high and continue to rise15-12-2020, 10:26
Prices for metallurgical raw materials continue to rise in regional markets10-12-2020, 11:32
Sign in with: