NIKI patented a new cable design for the mining industry 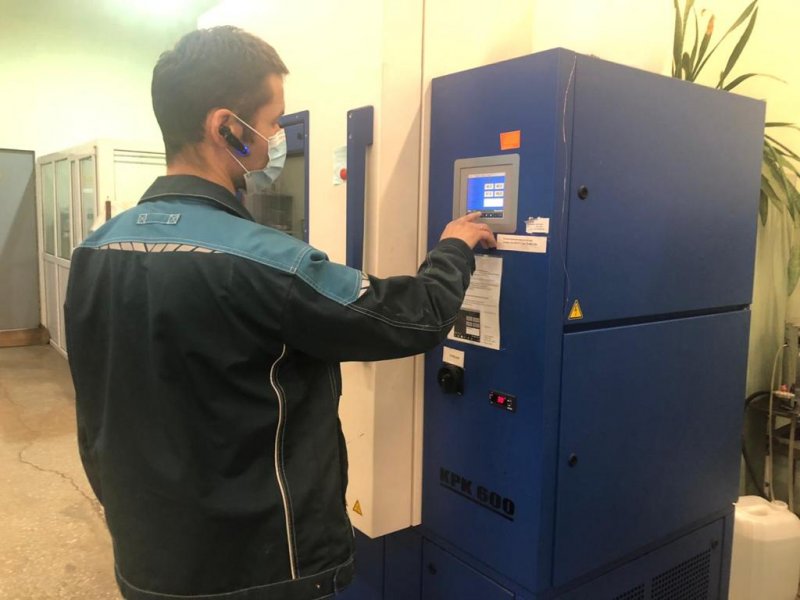 Tomsk Cable Research Institute (JSC NIKI, Tomsk, part of the Cable Alliance Holding, which unites the cable assets of UMMC) received a patent for a power flexible mine cable. The improved design is capable of withstanding a breaking load one and a half times more than analogs.

This type of cable is used to power self-propelled cars, and during its operation the risk of damage is inevitable. The mining enterprises have received a request for design improvements in order to increase the breaking load. The employees of the institute, together with the technologists of Sibkabel JSC, which specializes in mine cables in the structure of the Cable Alliance Holding, found a constructive solution.

“The product provides an additional element - a core twisted from high-strength aramid threads. If earlier the cable withstood a breaking load of less than a ton, now it is up to one and a half tons (in fact, it is able to withstand the weight of a car). At the same time, the service life of the cable has increased by 1.5-2 times, "said Sergei Okunev, head of the scientific and technical department of NIKI Tomsk.

The patented design was developed for about 5 months, at the moment it has been released a pilot batch, which will be transferred to the consumer for testing. After trial operation and a positive conclusion, the products will be introduced into production.

“The production of products for the mining industry is one of the key activities of Sibkabel JSC. When working in hard-to-reach conditions, increased requirements are imposed on the quality and reliability of cable and wire products (PPC). Our technologists, in collaboration with NIKI specialists, are working out all kinds of options for improving the operational characteristics of the gearbox. Thanks to new developments, the plant strengthens cooperation with existing partners and gets expanded opportunities to enter new markets, ”said Alexey Zhuzhin, director of Sibkabel JSC.

On this topic
NIKI received a patent for a unique design
The representatives of "Rosatom" praised the potential of the new equipment "Sibkabelja"
NIKI received a patent for an exclusive design of an oil submersible cable
Cable Alliance Holding presented products for miners at the international exhibition
Sibkabel has developed a reflective cable for miners
Sibkabel will increase the production of advanced cables for mining
Добавить комментарий
Комментарии (0)
News Analytics
The capacity of the domestic steel market in Ukraine in January-March decreased19-04-2021, 10:33
In Russia, there is an exuberant demand for agricultural machinery19-04-2021, 10:24
Iran is satisfied with the reaction of the world community to 60% enrichment of18-04-2021, 13:24
Gas prices in Ukraine have reached a record value over the past two years -16-04-2021, 17:24
Ukrmetallurgprom asks the Antimonopoly Committee to allow Metinvest to bid for16-04-2021, 17:23
World Steel Association predicts a good year for metallurgists15-04-2021, 18:19
World Steel Association defines green steel and its variations12-04-2021, 13:14
China unlikely to cut steel capacity in 2021 due to high steel prices07-04-2021, 12:11
Scrap metal market at the beginning of April02-04-2021, 11:10
Rising Chinese Prices Fueled Rising Global Steel Prices - MEPS25-03-2021, 18:54
Sign in with: