Sibkabel invested about half a billion rubles in modernization 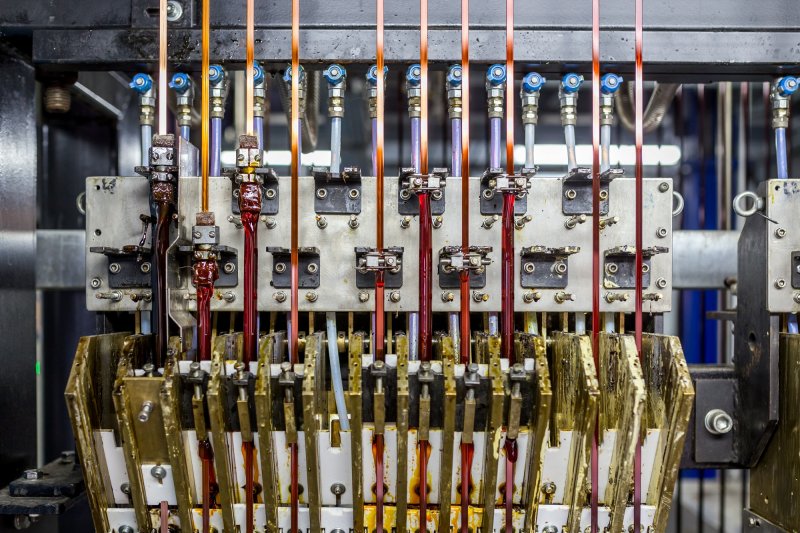 Sibkabel JSC (part of the Cable Alliance Holding, which unites the cable assets of UMMC) has invested about half a billion rubles in the development of production.

These are the results of the implementation of the first stage of the 5-year modernization program, which started in 2020 year. Large-scale transformations have touched shop No. 40, which produces cables and wires for special purposes, including for rolling stock. More than a dozen machines were replaced there, in particular, the braiding equipment park was completely renewed. And three tape winding lines are three times faster than the previous analogs in speed.

In turn, the launch of two winding machines at the enamel-winding production allowed to master the production of new products - wires with polyimide-fluoroplastic insulation. It is distinguished by improved physical and mechanical characteristics: increased strength, tightness, chemical and radiation resistance.

In addition to the main production equipment, the testing base was also updated: high-precision instruments with automatic measurement and calculation of parameters allow strict control of the quality of materials.

“Of course, the past year, like in other companies, caused certain difficulties with the implementation of investment programs, including in terms of equipment supplies from abroad, given that all leaders in the production of cable equipment are located in the countries of the European Union. But, nevertheless, everything was done 100%. We do not intend to curtail investment plans, this year it is planned to invest about 250-300 million rubles in the development of production, "said the director of the plant Alexey Zhuzhin.

On this topic
Sibkabel will master the production of a new type of product for the railway
"Sibkabel" modernized the production of wires with fluoroplastic insulation
New lines at Sibkabel will triple the speed of tape winding of fire-resistant cables
Sibkabel installed a high-tech tape winding line
The TMK Board of Directors recommends accepting the voluntary offer of the TMK subsidiary in
Sibkabel set a record for the production of winding wires
Добавить комментарий
Комментарии (0)
News Analytics
Ministry of Commerce: China intends to strengthen trade and economic ties with24-02-2021, 18:49
Vostochny GOK in 2020 increased the production of uranium concentrate by 7%24-02-2021, 18:58
For the first time in Ukraine, recirculators and irradiators for air24-02-2021, 18:37
Novokramatorsk Machine-Building Plant keeps sales and production at the level24-02-2021, 17:53
The English court rejected the claims of the Russian "Tatneft" against24-02-2021, 17:42
Global iron ore production growth to outstrip cumulative production in India23-02-2021, 10:22
Fitch Ratings Warns of “Shocking Impact” on Fossil Fuel Exporters18-02-2021, 14:44
Raw material prices rise by about 10.5% in January 2021 - Deutsche Industriebank12-02-2021, 10:48
JP Morgan Analysts Announce New Super Growth Cycle in Commodities11-02-2021, 17:56
S&P Global Platts predicts first drop in domestic steel demand in China in 510-02-2021, 12:26
Sign in with: